On May 8, 2018, the Civil Aviation Ministry gave its site clearance for the construction of a new international airport near Pune. The Maharashtra Airport Development Corporation (MADC) has been appointed as the nodal agency for implementing the international airport project at Purandar. At this stage, the fund requirement for the Purandar airport is being quoted at Rs 6,000 crores. While the authorities have been discussing land acquisition, land falling under Pargaon, Ekhatpur, Munjwadi, Kumbharvalan, Udachiwadi, Vanpuri and Khanavadi, have been earmarked for the same and plans are on the anvil to fast track the project.

However, amid land acquisition and related talks, deputy chief minister Ajit Pawar also directed the authorities to study the feasibility of developing the airport at an alternative site to the one at Purandar. This was because the residents of the seven villages that have been earmarked for the Purandar airport showed some resentment towards acquisition of their land. Hence, an alternative plan of exploring Pandeshwar and Rise and Pise villages, as an alternative site for the upcoming airport, found a mention in the meetings. It is most probable though that Purandar as a site may be a better option, given that the site surveys have already been conducted.

While the MADC and trend analysts say that shifting the site at this stage may delay the project further by over two years, the Pune district administration will be conducting surveys at new sites in Purandar taluka, to study whether it would be fit for an international airport. The understanding is that the new sites are not developed or irrigated and hence, it would be easier for the authorities to initiate the land acquisition process. The report is expected in another three weeks. The Purandar airport was first announced in October 2016 and was scheduled to be completed within five years.

Here’s what you need to know about the upcoming international airport near Pune, commonly being called the Purandar airport.

This proposed airport near Pune was announced in October 2016. The Maharashtra cabinet, on March 5, 2019, granted its approval for setting up of a special purpose vehicle (SPV) for the proposed Purandar international airport in Pune. The City and Industrial Development Corporation of Maharashtra (CIDCO) will be a major stakeholder in the SPV. The CIDCO will hold 51 per cent stake in the SPV, while MADC’s stake will be around 19 per cent. 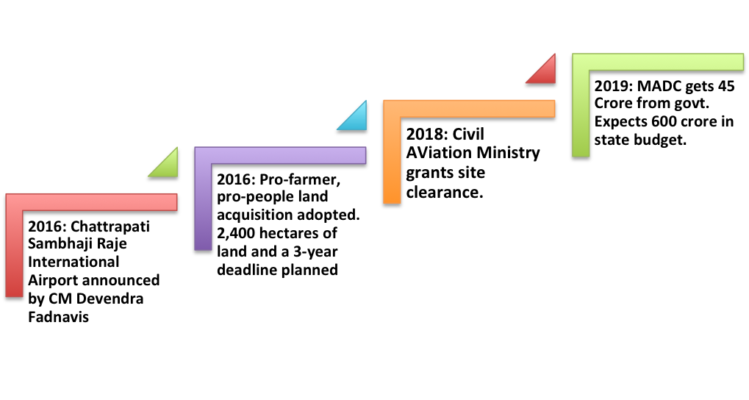 Purandar is roughly 40-45 kms away from Pune. The proposed airport for which land has been earmarked in Pargaon, Ekhatpur, Munjwadi, Kumbharvalan, Udachiwadi, Vanpuri and Khanavadi will help those travelling in and out of Pune and the nearby areas largely. It will also take some of the load that currently, the Lohegaon airport has to bear.

Passenger traffic at the existing airport at Lohegaon, which is controlled by the Indian Air Force and operated by the Airports Authority of India (AAI), surged by 20.6 per cent to 8.16 million in fiscal 2017-18, compared to 6.76 million in fiscal 2016-17, as per AAI data. The new airport is expected to come up at an estimated cost of Rs 14,000 crores, and will be spread across an area of 2,400 hectares.

Property markets in and around Purandar

Property markets in the city have a good chance to mature given this development. Not just connectivity, the realty market is going to benefit from the planned road infrastructure too. In 2018, the Pune Metropolitan Region Development Authority was in the process of enhancing road connectivity by building roads from Wadki to Pargaon Memane.

“Infrastructure-building always goes a step ahead of housing demand,” says Naman Puranik, a real estate agent in Pune. “The proposed international airport can give a chance to many small villages in this area to come within the developmental cycle. Property investments are sure to pick up. East Pune’s Wagholi is a good example of how real estate feeds on jobs and investment opportunities,” he adds.

The Purandar airport was first proposed in 2016, but land acquisition and related issues delayed it. About 2,000 hectares of land is required for the effort but 45 acres is still with the various government agencies. The remaining is privately owned. Hence, the delay was inevitable. To top it, there were protests from farmers and environmentalists as well. As of now, the MADC is awaiting funds from the state so that it can push other agencies to release their share as well. Land acquisition may begin in the next six months.

The authorities have also decided that they would compensate private owners on a full cash basis given that neither providing an alternative plot nor a technical job looks like a feasible option. As for compensation, the Land Acquisition Act 2014 states that the compensation amount should be four times of the ready reckoner rate.

See also: Talegaon: An attractive destination for second homes, near Mumbai and Pune

How far is the new international airport from Pune?

The proposed international airport in Purandar is 45 kms away from Pune city.

When will the Purandar international airport become operational?

Land acquisition has delayed the progress of work.

Which are the villages where land acquisition is happening for Purandar airport? 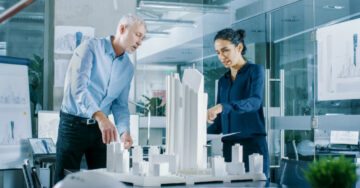 Maharashtra, Singapore, to collaborate for greenfield airport project in Pune.