Three Indian metros – Bengaluru, Mumbai and Delhi – earned the highest prime office yields, among 34 leading international markets, according to a report by Knight Frank, titled ‘Global Cities: The 2018 Report’. Bengaluru topped the table with 10 per cent yields, followed by Delhi (9.20 per cent) and Mumbai (8.50 per cent).

Commenting on the findings, Shishir Baijal, chairman and managing director, Knight Frank India, said, “Our spaces are being redefined and one of the most disruptive facets of the change in spaces, where we work, live and the overall urban ecosystem, would be acquisition of talent. Organisations would have to thoughtfully handpick global cities, zoom into smart office locations within them and tastefully shape these spaces, in sync with the fascinations of the crème-de-la-crème workforce making the world work today. It is needless to state that the evolution, would be driven by technology and smart intelligence.”

“India’s office market witnessed a stellar run in 2016, as compared to the recent past. It is also a fairly accepted fact that India is home to some of the most affordable Central Business Districts in the world. The findings of the Global Cities: The 2018 Report reinstates the fact. Bengaluru’s Whitefield is a case in point. Despite the influence of global headwinds on mainstream occupiers, emerging trends such as co-working space providers, have continued to whip up demand in the supply-deprived market,” said Viral Desai, national director, occupier solutions group, Knight Frank India.

According to Samantak Das, chief economist and national director – research, Knight Frank India, “Desires of the talent pool and rising disposable incomes, are set to shape our urban environments in the near future. We have already seen glimpses of the transformation with a shift in the expectations of mainstream occupiers. Today, we see that the office space expectations of mainstream occupiers resembling those of niche sections, such as the start-up fraternity or the Googles of the world. The global trend holds true for select Indian cities such as Bengaluru and Mumbai.” 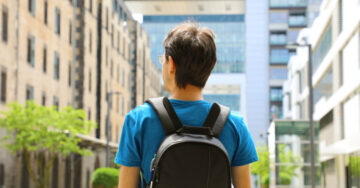