After the Congress accused the Shiv Sena-BJP alliance of misleading Mumbaikars on the property tax waiver, the BJP has clarified that all components of the levy would be waived in future bills. The process to change the rules, to facilitate the waiver is on, Mumbai BJP chief Ashish Shelar said, on April 18, 2019.

“In case of the Brihanmumbai Municipal Corporation, civic rules have been changed to waive general component of property tax for houses up to 500 sq ft. However, to waive other components of property tax, you need to change the state rules. The process of issuing an ordinance in this regard is on,” said Shelar.

The Shiv Sena-ruled Brihanmumbai Municipal Corporation (BMC) had earlier announced that the property tax for houses up to 500 sq ft will be waived. However, Mumbai Congress chief Milind Deora, on April 17, said that the Maharashtra government’s waiver of the tax was a joke.

The Maharashtra ordinance number 11 of 2019 is a ‘farce’ as it waives only 0.110 per cent of the property tax. Therefore, all Mumbai residents who live in houses not bigger than 500 sq ft ‘should NOT pay their property tax for the year 2017-18’, Deora tweeted.

See also: A guide to paying property tax in Mumbai

“The Sena-BJP alliance has fooled the people of Mumbai and failed to fulfil its promise. The financial position of the BMC is robust and it can easily afford to waive property tax for owners of properties up to 500 sq ft carpet area,” he said.

The Mumbai Congress chief said that following the Sena’s promise to waive property tax, the BMC asked the state government to implement it and the latter issued an ordinance last month. However, the government resolution of March 8, 2019, only amended section 140 (C) of the Mumbai Municipal Corporation Act and only the general tax component – which varies from 10-30% of total tax slab – was exempted, he alleged. Further, the GR said the exemption would come into effect from January 1, 2019, but the BMC issued bills for up to March 31 (without exemption), Deora alleged.

Residential properties up to 500 sq ft exempted from property tax

March 11, 2019: The Maharashtra cabinet, on March 8, 2019, approved a proposal to exempt residential properties up to 500 sq ft, within the Mumbai municipal area limits, from property tax. The decision was taken at the cabinet meeting held in Mumbai. The proposal had been put forward by the Shiv Sena, before the pre-poll alliance with the BJP was finalised. Chief minister Devendra Fadnavis had announced that the demand would be accepted.

In another significant decision, the cabinet approved a proposal to give on ownership basis, the cooperative housing societies meant for Panshet flood-affected people in Pune. Food and Civil Supplies minister Girish Bapat, who is also the guardian minister of Pune, said that 103 societies were given land on 99-year lease. These societies will now be on ownership basis. Due to the decision, residents can sell off their houses or go for redevelopment. The cabinet also decided to give tax benefits to cooperative housing societies on government, semi-government and private land, to encourage them to go for self-redevelopment.

The Brihanmumbai Municipal Corporation has passed a proposal, to exempt property tax on houses in the city with a carpet area of up to 500 sq ft, as well as a 60 per cent concession in property tax, for houses measuring 500-700 sq ft

July 7, 2017: The Brihanmumbai Municipal Corporation (BMC), has passed a proposal to exempt houses in the city with a carpet area up to 500 sq ft, from property tax. If the government approves the proposal, it will benefit over 14 lakh households in the metropolis. The BMC also passed a proposal for 60 per cent concession in property tax, for houses measuring between 500 sq ft and 700 sq ft.

The proposal, moved by the Shiv Sena in the civic body’s council, was supported by all parties, including the BJP and the main opposition Congress. During the campaign for the BMC election in February 2017, Shiv Sena chief Uddhav Thackeray had promised that property tax will be completely waived off, on tenements measuring up to 500 sq ft (carpet area). He had also said that for homes up to 700 sq ft, there will be a concession in property tax.

If the Sena’s proposal is approved by the civic commissioner and subsequently, by the state government, then, the owners of houses with an area of up to 500 sq ft will be exempted from paying property tax, with effect from 2015 to 2020. There are nearly 14.98 lakh such properties in Mumbai. The BMC gets around Rs 350 crores revenue annually, by levying property tax on the capital value of these houses.

According to an official estimate, the tax relief on homes measuring up to 700 sq ft, is likely to result in an annual loss of around Rs 100 crores. “Of course, the BMC will lose some part of its revenue while providing relief to the citizens, but we are prepared for it. It was one of our poll promises and we are happy and proud to say that we have fulfilled it,” Yashwant Jadhav, the Sena’s group leader, who moved the proposal in the BMC, told PTI.

“The proposal will be sent to the urban development department, to get a final nod and we are confident that it will give the consent,” he said. Jadhav had earlier asked Mumbai Mayor Vishwanath Mahadeshwar to provide relief to the city residents on property tax. 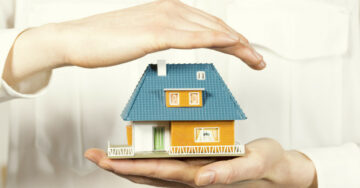 A guide to paying property tax in Mumbai. 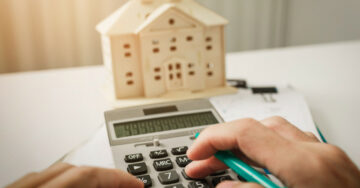 Mumbai flat owners in buildings with OCs, to get individual property tax bills. 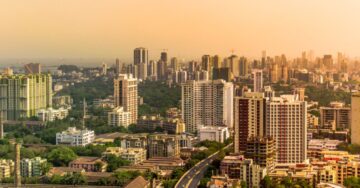