The top seven Indian cities collectively saw the average size of budget-friendly apartments shrink by almost 17 per cent, between 2014 and 2018, according to a study. The Mumbai Metropolitan Region (MMR) topped with a 27 per cent squeeze, followed by Kolkata with 23 per cent reduction, the report by ANAROCK Property Consultants showed. Bengaluru saw the least decline in average property size, at roughly 12 per cent during the period. The average size dip for Pune was 22 per cent, Delhi NCR 16 per cent, Chennai 15 per cent and Hyderabad 13 per cent.

“A major element contributing to the shrinking apartment sizes across most metros, is the rising demand for budget-friendly housing. With property prices going overboard in most metros, developers have been reducing sizes, to align their offerings more with the actual home buyer demand,” ANAROCK Property Consultants’ chairman, Anuj Puri said. Compact housing is the fastest seller in the resale market. So, such homes give millennials both, locational and financial flexibility, he said.

Among the factors leading to the shrinkage are the not-so-healthy job market and income in the last five years, a realty analyst said. The report also said that most home buyers are averse to the higher maintenance costs that larger properties entail.

“Live-in relationships are becoming more popular and socially acceptable and more and more young people give high priority to career growth, before deciding to marry and settle down,” Puri said. The mean age of marriage in India has increased from 21-25 years to 30-35 years, the report said. 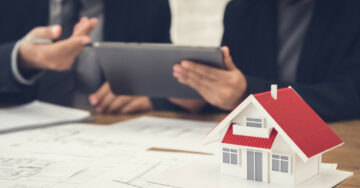 What does a PE funded project tell a home buyer about its credibility….