Home » Current News » Over 1,100 parks developed across the country under AMRUT

A total of 1,159 parks have been developed across the country under the Atal Mission for Rejuvenation and Urban Transformation (AMRUT) scheme, an official said, on August 25, 2019. He said the components of the parks developed include children-friendly equipment, divyang (disabled)-friendly features and open gyms, besides providing park-related softscape and hardscape elements and other horticulture works.

According to the Union Housing and Urban Affairs (HUA) Ministry, more than 4,288 acres of land is being enriched as green spaces and parks under the mission, a flagship programme of the central government. Around Rs 1,768 crores was allocated for the green spaces and parks sector and a total of 2,355 park projects costing Rs 1,522 crores, was taken up under the AMRUT, the HUA ministry said. In addition to the completed projects, 990 projects, worth Rs 812 crores, are under progress, it said.

The centre has committed a sum of Rs 2,070 crores, for the development of 31 cities in Gujarat under the Atal Mission for Rejuvenation and Urban Transformation

April 6, 2018: In a release issued on April 5, 2018, independent Rajya Sabha MP Parimal Nathwani, has said that the centre has committed a sum of Rs 2,070 crores for the development of 31 cities in Gujarat, including Ahmedabad, Dwarka, Jamnagar, Gandhinagar, Bhavnagar, Bhuj, Godhra, Porbandar, Rajkot, Surat and Vadodara, under the Atal Mission for Rejuvenation and Urban Transformation (AMRUT). The issue was raised in the Rajya Sabha by Nathwani and he had sought a reply from the minister of state for housing and urban affairs, Hardeep Singh Puri.

In his reply, tabled in the house, Puri said that the union government had committed financial assistance of Rs 35,989.70 crores, for development of 500 cities nationwide under AMRUT, of which Rs 2,069.96 crores was for 31 cities in Gujarat. The total allocation for the 31 cities is Rs 4,884.42 crores, the reply stated, adding that the rest of the amount would be pooled in by the Gujarat government. It said that Rs 414 crores had already been released by the union government to Gujarat.

Explaining the mechanism of funding, the minister’s statement informed that, under AMRUT, the Ministry of Housing and Urban Affairs, only approved State Annual Action Plans (SAAPs) submitted by states and union territories, while individual projects were chosen by the respective states and UTs. It said that SAAPs worth Rs 77,640 crores had been approved by the ministry, for the entire duration of the AMRUT mission. 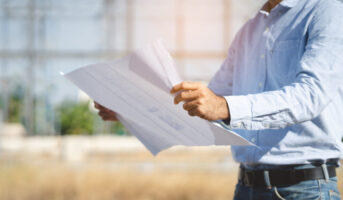