Tamil Nadu Housing and Urban Development Minister, K Radhakrishnan, on July 3, 2017, announced that the whole of Kancheepuram and Tiruvallur districts, besides Arakkonam taluk in Vellore, would be included in the Chennai Metropolitan Area. The expansion will ensure equitable growth and integrated urbanisation, he said.

Making new announcements for his department, the minister said the initiative was to streamline development in areas around Chennai that were witnessing rapid urbanisaiton. Also, the measure would help in decongestion of Chennai city, he added. Announcing that a ‘Strategic Regional Plan’ will be prepared for the region, he said it will focus on aspects like transport, basic infrastructure amenities, guarding of fertile farm lands and environment protection.

To fulfil the goals, necessary changes will be made to the administrative set-up of the Chennai Metropolitan Development Authority (CMDA), he said.

According to the CMDA website, the present Chennai Metropolitan Area is 1,189 sq kms, comprising Chennai district and parts of Thiruvallur and Kancheepuram districts.

The expansion plan was mooted way back in 2011. The proposal was similar to what other cities like Bengaluru and Hyderabad had done, by expanding their respective regions to ensure proper development. Expansion of Chennai will make it second after NCR: Report. 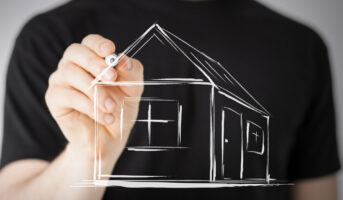 All About Tamil Nadu RERA. CII takes up restoration of 31 water bodies in Tamil Nadu.