Congress leader Prithviraj Chavan, on August 7, 2017, accused Maharashtra housing minister Prakash Mehta, of giving almost one lakh sq ft of land in the MP Mills compound in Tardeo in Mumbai, in violation of the rules to a builder, who allegedly benefited by Rs 500-800 crores. The controversy relates to a slum rehabilitation project at the compound in Tardeo, allegedly sanctioned by Mehta, without the CM’s consent.

Chavan said chief minister Devendra Fadnavis had ordered an inquiry into this and had cancelled the minister’s orders that benefited the builder, but not sacked Mehta. “We demand that the chief minister drop Prakash Mehta from the cabinet, till the inquiry is completed. We also demand that there be a judicial inquiry, conducted by a judge of the high court, under the Commission of Enquiry Act,” Chavan, a former CM of the state said.

Chavan said Mehta ‘illegally’ approved the transfer of slum dwellers’ building rights to a major builder, SD Corporation, in the slum redevelopment project. “While sanctioning the proposal, the minister used the name of the chief minister and overruled specific objections raised by his secretary. The chief minister has denied his involvement,” he said. He said the matter raised ‘serious questions of probity and corruption and of flagrant and willful violation’ of rules.

Chavan pointed out that contrary to the minister’s assertion, the CM, speaking in the house on July 31, 2017, denied previous knowledge about the proposal, despite the minister’s noting. “It is the word of the chief minister against that of the housing minister. Who is speaking the truth? Was a prior verbal sanction given by him? Can a minister brazenly use the CM’s name in writing in an official file without actually consulting him?” he wondered.

“Due to the seriousness of the charges, the CM ordered an enquiry against Prakash Mehta, his senior cabinet colleague, it being only the second time in his tenure that an enquiry was ordered against a cabinet colleague,” he said. Earlier, another inquiry was initiated against then revenue minister Eknath Khadse, who was dropped from the cabinet till the pendency of the enquiry by a judge, he said. Chavan also demanded that 137 files cleared by the CEO of the Slum Rehabilitation Authority (SRA), two weeks prior to his retirement, be reviewed and all current projects be investigated. 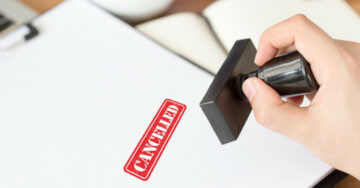