A number of major roads in Delhi-NCR, which are in a state of disrepair and contribute to dust pollution, have come under the scanner of the Supreme Court-mandated EPCA. The EPCA or the Environment Pollution (Prevention and Control) Authority, has tasked the authorities in the region with preparing a list of such roads – around three each in Delhi, Noida and Gurgaon – for the time being.

It assumes significance, as an IIT Kanpur study on Delhi’s air pollution, considered the most comprehensive report on the issue till date, had identified road dust as the biggest source of suspended particulate matter in the city. EPCA chairman Bhure Lal said after the identification of the ‘high-impact’ roads, including NH-24, urgent dust-control measures would be taken up, as part of the larger action plan to contain pollution levels, which has spiralled after Diwali.

Although the scale of the initiative appears small, when compared to the magnitude of the problem, more roads are under the EPCA’s lens and they will also be brought under the ambit of the action plan later, the EPCA said.

Officials of Delhi’s environment department and the pollution control boards of Haryana and Uttar Pradesh, were directed to take the requisite steps towards identification of the roads, by coordinating with the agencies concerned, including the PWD and the NHAI.

According to the IIT report, road dust makes up over 50 per cent of the total PM10 particles and about 38 per cent of PM2.5 particles. PM2.5 and PM10 are the most dominant pollutants in Delhi’s air. These ultrafine particulates, which can measure up to 30 times tinier than the width of a human hair and reach the bloodstream of a person through the respiratory system, pose serious health risks.

The IIT report had observed that the silt load on some Delhi roads was very high. Silt becomes airborne with the movement of vehicles, it said, estimating that PM10 emission from road dust was over 65 tonnes per day in Delhi. “The potential control options can be sweeping and watering of roads, better construction and maintenance, growing plants, grass, etc., to prevent re-suspension of dust,” it said.

The Delhi government had announced grand plans of mechanically sweeping, greening and landscaping of the major arterial roads last year but the project has not taken off and dusty bald patches on the roads remain a common sight. 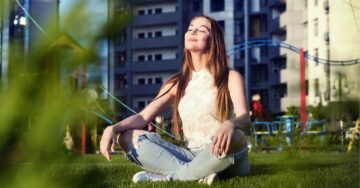