The Delhi government, on March 22, 2018, proposed Rs 3,106 crores for housing and urban development in its 2018-19 budget. The budget was presented by deputy chief minister Manish Sisodia in the Delhi assembly. According to the budget, the allocation for both housing and urban development is six per cent of the total budget of Rs 53,000 crores, which the AAP government projected as a ‘green budget’.

For the housing sector, the AAP government has set aside Rs 165.44 crores, as against Rs 271 crores in 2017-18. However, government increased the fund for urban development, with an allocation of around Rs 2,782 crores, which was Rs 2,396 crores in the 2017-18 financial year. With an increase of Rs 386 crores, it means the city administration will carry out more urban development works, in comparison to last year. For development works in unauthorised colonies, Rs 1,500 crores has also been earmarked.

Lauding the budget proposals, chief minister Arvind Kejriwal put emphasis on improving the environment, health, education, water, sewer and road infrastructure in the city. He said this was the first ‘green budget’, under which 26 specific actionable points have been mentioned, to reduce pollution levels in the national capital and the government had also fixed a time-line for every project, the progress of which will be reviewed by the chief secretary, every week. 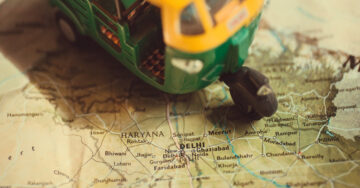 Cap on autorickshaws in Delhi can be removed only after proper study: SC.