The New Delhi Municipal Council’s (NDMC’s) chairman Dharmendra, presented his maiden budget on January 3, 2020, with a financial projection of Rs 4,372.40 crores, focusing on tackling pollution. “To mitigate air and dust pollution, it is proposed to undertake intensive plantation of shrubs and grass, to cover all leftover open soil surface or barren portion, in all avenues and lanes in the NDMC area and proposed plantation of 5,000 trees and five lakh shrubs,” Dharmendra said in his budget speech.

He said the body has already established 55 charging stations of 15KW capacity for electric cars. It is proposed to set up 100 more fast public e-charging stations in the NDMC areas, with higher capacity (150KW) that can charge three vehicles at the same time at three times faster speed. The civic body has also proposed to form cycling clubs in its five schools in the financial year 2020-21.

“An Integrated Command and Control System, established by NDMC to integrate 30 services, will become a nodal point of availability of all online data and information related to smart services, which can be monitored on a real-time basis and necessary action can be taken. This is likely to be made live by March 2020 and will be completed by June 2020,” he added.

The Delhi government has allocated Rs 3,914 crores for the housing and urban development sector in the 2019-20 budget, with Rs 1,600 crores being proposed for development works in unauthorised and resettlement colonies

Under the Rs 1,600-crore outlay, the AAP government proposes to provide basic infrastructure facilities such as providing roads, drains, water supply, sewerage, sanitation and street lights, to improve the living conditions of people living in the unauthorised colonies, he said. The outlay of Rs 1600 crores includes Rs 600 crores for water supply and sewerage, he said.

Sisodia said affordable housing and availability of low-cost, ‘pucca’ houses are big problems for the poor and lower-middle class people in Delhi. There are 14 housing projects for construction of houses for the economically weaker sections. “These are at various stages of completion by the DSIIDC (Delhi State Industrial and Infrastructure Development Corporation) and DUSIB (Delhi Urban Shelter Improvement Board),” he said.

Under the Mukhya Mantri Sadak Punarnirman Yojana, the government started developmental works of roads and streets in areas of urban local bodies, group housing societies and regularised unauthorised colonies from 2018-19, the deputy chief minister said. Fund under the scheme is being released to the local bodies and executing agencies, as per recommendations of local MLAs. He said an outlay of Rs 800 crores has been proposed in the budget for this scheme.

Delhi is the first state to substantially enhance the budget under the MLA Local Area Development (MLALAD) scheme, for development of areas in assembly constituencies. MLALAD budget has been increased from Rs four crores to Rs 10 crore per annum per constituency, ‘which is the highest by any state government and by central government’, Sisodia said. “This will enable MLAs to address local development issues efficiently. Total amount of Rs 800 crores is proposed under the scheme in 2019-20,” he said.

Sisodia informed that that DUSIB has been consistently making efforts to give good sanitation facility to ‘jhuggi’ dwellers and has constructed 640 Jan Suvidha complexes with 20,476 functional seats and made the facility free of charge from January 1, 2018. Cleanliness of Jan Suvidha Complexes has been outsourced to agencies. The effort of the DUSIB is laudable as the poorest of the poor, who live in JJ Bastis and particularly women, can now have access to well-maintained and safe toilets in their neighbourhood, he said. The deputy chief minister said as a result, all JJ Bastis have been made open defecation free.

Free and proper shelter to the homeless people during the winter months is provided by the DUSIB through 212 night shelters. He said a mobile application, to track and rescue homeless people in Delhi, has also been designed. During winter, the control room operates 24×7 and can be contacted through helpline numbers, Sisodia said. 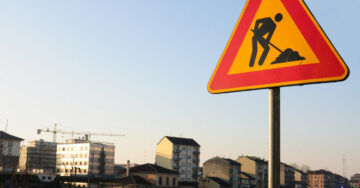 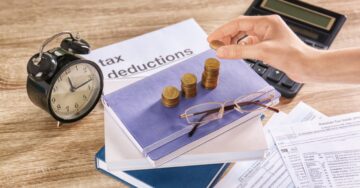