A National Green Tribunal-mandated committee, on June 14, 2018, said that the biggest lake in Bengaluru, Bellandur lake, had become the largest septic tank of the city due to the ‘sheer callousness and indifference’ of the authorities. According to the material collected, the water holding capacity of Bellandur lake has rapidly shrunk, due to indiscriminate dumping of construction and demolition waste, municipal solid waste and due to vast spread of hydrophyte and microphytes in the lake water, the committee said. Hydrophytes are aquatic plants that grow in or near water and provides cover for fish and other aquatic organisms.

The report, filed by the committee comprising senior advocate Raj Panjwani and advocates Sumeer Sodhi and Rahul Chaudhary, also stated that Bellandur lake had caught fire 12 times, since the first incident on August 12, 2016. “During the inspection of Bellandur lake, it came to the commission’s notice that the storm water drain outlets near the lake, were discharging nothing but sewage and effluent and the same was being released into the so-called lake. After an almost circumferential tour of the lake, the commission further observed that there is not even one millilitre of clean water in the lake but the same was filled up with sewage, effluent, solid waste, weed, debris, etc.,” the report said.

An estimated 480 million litres per day (MLD) of sewage from Bellandur lake flows into Varthur lake and in addition, approximately 60-70 MLD of additional sewage flow from the local storm water drains. “The commission, during the inspection, was shocked to notice a road that has been constructed on the Varthur lake by dumping construction and demolition waste, under the garb of laying a pipeline,” the report, filed by the three-member committee, said. “The commission during its visit observed that the condition of Varthur lake is no better, in fact, it is worse than Bellandur lake in almost every aspect, from fire to froth and from sewage to stink. Varthur is an aggravated calamity by the sheer volume of filth that is dumped in it, without any ecological sensitivity,” it said.

The committee has also recommended that CCTVs should be installed at appropriate locations, for ensuring that no construction and debris waste is dumped in the buffer zone area of the lake. “Security guards should be deployed at the most vulnerable locations, to keep vigilance on illegal dumping of debris and to prevent encroachment activities. In case anyone is found to be dumping construction and debris waste or debris into the lake or its buffer zone, a penalty of Rs five lakhs be imposed for each offence,” it said.

The panel has recommended the constitution of a task force of experienced senior officers, consisting of the Bengaluru Development Authority, Karnataka State Pollution Control Board, Central Pollution Control Board and others, for strict and timely implementation of the suggestions. The NGT had earlier slammed the Karnataka government, over its action plan on Bengaluru’s Bellandur lake and formed a committee to inspect the lakes in the city. On January 29, 2018, the green panel had directed the Indian Institute of Science (IISc) in Bengaluru, to carry out a pilot study on the visible aquatic plants. Earlier, the green panel had come down heavily on the Karnataka government, for not taking active measures to prevent recurring incidents of fire at the severely polluted Bellandur lake. 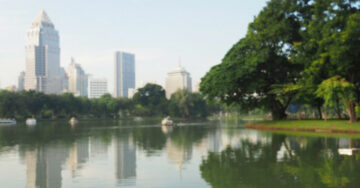 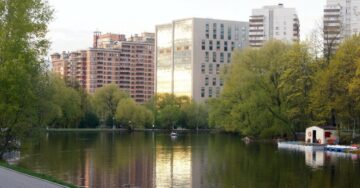