The demolition of RK Studios, the famed dream factory of the legendary film-maker Raj Kapoor in the suburban Chembur, in Mumbai, has begun. “The demolition work started a few days back. It is in process. We do not know how long it will take to demolish, as we have no clarity on what is being built there,” Kapoor family sources said.

Founded by Raj Kapoor in 1948, the studio is witness to the making of several films produced by the Kapoor family over the decades. Godrej Properties is planning to develop a residential-cum-commercial project on the prime piece of land.

The Indian Film and Television Director’s Association has appealed to Godrej Properties to utilise a portion of the RK Studios’ land, where it is planning to build residential and retail spaces, for a museum dedicated to Raj Kapoor

May 7, 2019: Indian Film and Television Director’s Association (IFTDA) has appealed to Godrej Properties, to build a ‘Raj Kapoor museum’ on the site of the iconic RK Studios, days after the real estate firm announced the acquisition of the land in Mumbai’s Chembur area. Godrej is planning to develop a mixed-use project housing luxury flats and retail spaces, on the land.

“It is our humble appeal to you, on behalf of the film industry in general to spare some area from the 33,000 sq metres for Raj Kapoor’s museum, which will refresh memories of Raj Kapoor for the coming generations. We request you to pay tribute to the unsurpassable genius, his craft, his humility and give a solemn thought to our appeal,” a statement from IFTDA read. Earlier, Randhir Kapoor, eldest son of the late actor had said that the place had been of ‘tremendous significance to my family, over the many decades that RK Studios has operated from there’. 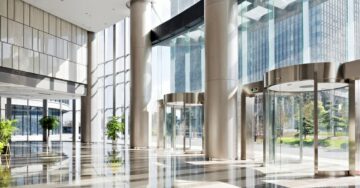 Sena MP demands water transport from Trombay to Gateway of India, in Mumbai.

[fbcomments]
For any feedback, write to us at editor@housing.com.
https://seo.housing.com/api/v1/housing_news?tags=Chembur,Godrej%20Properties,IFTDA,Indian%20Film%20and%20Television%20Director's%20Association,mumbai,RK%20Studios