Various criteria, including transparency of projects and affordability, are attracting consumers looking for buying properties this festive season, rather than the traditional freebies and schemes, experts say.

“Traditionally, the festive season has been considered an auspicious time for buying properties. Developers used this time to launch schemes and offers, around their projects, to attract the end-user to boost sales,” CBRE south Asia head, residential services, AS Sivaramakrishnan said. However, sales during this festive season would definitely pick up but mostly for those projects that meet consumer criteria, including transparency and affordability, among others and not driven by festive offers alone, he added.

According to developers, since this is the first season after the implementation of the goods and services tax (GST) and the Real Estate (Regulation and Development) Act (RERA), sales that had slowed down for the last few years, will pick up during the festive season.

“After the implementation of RERA, the customer confidence has improved and they are now looking for projects that maintain highest level of transparency. Right pricing, right location and transparency, will drive their decisions this festive season. We will witness the highest sales in this period,” Puranik Builders’ managing director, Shailesh Puranik said.

“We foresee good sales this year. Dussehra and Diwali have become the most important sales period of the year, for real estate players, resulting in good value transactions,” Shree Krishna Group’s managing director Sundeep Jagasia said. According to him, sensing a pickup in demand, real estate players are now opening up their wallets to invest in marketing and sales activities to woo buyers. “Albeit brief and measured, the positive sentiment of sales during the Ganpati season has set the mood right for buyers and sellers, for the upcoming festivities and could possibly be a sign of better days for both, home buyers and sellers,” Jagasia said.

Owing to the ongoing transformation, developers have been offering attractive rates and payment plans to draw potential buyers, House of Hiranandani chairman and MD, Surendra Hiranandani said. “So, for consumers, this seems to be an ideal time to secure great deals, especially on ready-to-move-in projects. The demand is also expected to pick up, because of the reduced availability of under-construction homes, owing to pending RERA registrations,” he said.

Omkar Realtors’ director, Devang Varma, said developers are targeting the fence-sitters, who were waiting to invest in real estate, with lucrative offers, which, when clubbed with right pricing, would result in good savings. Ravi Group director, Gaurav Shah said realty players who had put their project launches on hold, will now be looking to ride the positive turnout and will be lining up projects. “With most of the ambiguity surrounding the newly introduced government policies, such as GST and RERA, being dispelled and the effects of demonetisation subsiding, we will see many new launches this festive season,” he said.

Apart from buyers, the festive season will also be an opportunity for investors, who have been shying away from investing in the real estate sector, say developers. “With RERA and GST becoming a routine business activity, operations in this and other businesses are coming to normalcy. This is, thus, also the right time for investors scouting for safe investment options,” chief executive of SMC and IM Capitals Investment Manager, Abhimanyu Londhe said.

How will GST impact the cost of homes.

RERA, GST may force developers to invest in project management. 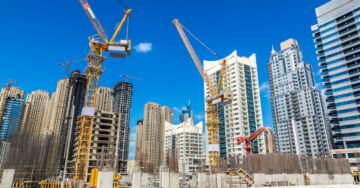