Politician Jyotiraditya Scindia, who belongs to the royal family from Gwalior, declared massive assets of Rs 2,970 crores, while contesting elections. His ancestral palace, the imperial Jai Vilas Mahal, accounts for the biggest share of Jyotiraditya Scindia net worth. The Jai Vilas Palace, as it is also called, covers a whopping 40 acres and is estimated to have more than 400 rooms in total. A portion of the Scindia palace has become a museum wing, while the remaining still accommodates the royal family. Scindia also owns a massive land parcel of 19 acres in Shrigonda, Maharashtra and also 43 acres in the Limban Village. Scindia also owns two apartments in Mumbai. Jyotiraditya Scindia house in Mumbai is located in the premier Samudra Mahal high-rise. Scindia reportedly paid Rs 31 crores, when he purchased these apartments. The biggest asset in Scindia’s property portfolio is the incomparable Jai Vilas Mahal, built in 1874 by Maharajadhiraj Shrimant Jayajirao Scindia Alijah Bahadur. The architect of this landmark, Sir Michael Filose, reportedly took inspiration from Tuscan, Italian and Corinthian architectural styles. The dining room accommodates 40 seats with a special train track fitted onto it, as part of the overall vibe. This is quite apt, considering the late Madhavrao Scindia’s portfolio as the country’s railway minister (he was Jyotiraditya’s father). 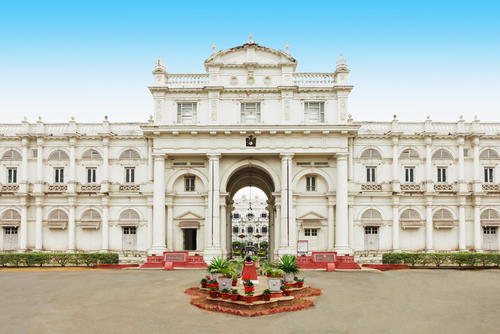 See also: Inside Saif and Kareena’s royal home in Mumbai and the Pataudi Palace

Jyotiraditya Scindia’s inheritance is estimated at $2 billion, with several rare objects including a vintage car collection within Jai Vilas Mahal and a one-of-its-kind three-wheel BMW Isetta from the 1960s.

The palace itself is sprawled over 1,24,771 sq ft, without the inner square which is 321 by 321 ft. The Durbar Hall is the chief attraction, with its golden and gilt furnishings, massive carpets and elegant lighting. The Durbar Hall is 100 ft long while being 41 ft high and 50 ft wide. The Jai Vilas Mahal has two chandeliers weighing 3,500 kilograms. Legends state that eight elephants were suspended from the Durbar Hall’s ceiling, to ensure that the roof was strong enough to hold the imposing chandeliers. Two of these chandeliers have 250 light bulbs while being the largest such pair in the world! 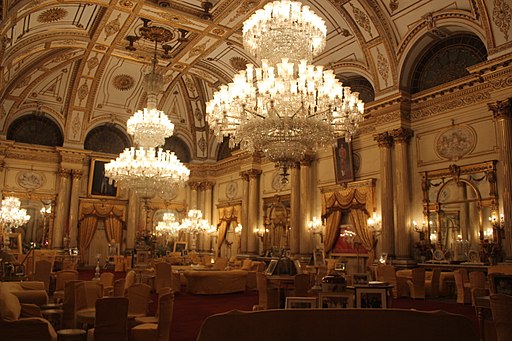 All about Jyotiraditya Scindia house Gwalior

The Jai Vilas Mahal or Jai Vilas Palace is located at Gwalior and currently has the Jivajirao Scindia Museum, which was opened for the general public in 1964. The building has two floors while the turrets and wings are five and three storeys, respectively. While the first floor has more of a Tuscan influence, the second floor is Italian Doric and the third is more Corinthian, in terms of its architectural influences. The Reception Room is 97 ft and eight inches long and 50 ft wide, while also being 41 ft in height. The roof has arched stone slabs which are 21 ft long and they form a colonnade throughout the room with double Corinthian columns.

More than 3,00,000 gold leaves were used for decorating the Reception Room. The Grand Staircase room has similar 30-ft-long stone slabs and similar roofing.

See also: All about Warren Hastings’ Belvedere House in Kolkata

The Grand Drawing Room has fabulous chandeliers and massive mirrors. The prince’s bedstead, bath and wash were made of silver and the palace cost more than Rs 11,00,000 in its time of construction. There was an additional expenditure of Rs 5,00,000 for the garden walls, gardens, iron railings, glass, furniture, chandeliers, grand staircase and other adornments. The garden occupies a square mile with numerous fountains and waterfalls alike. 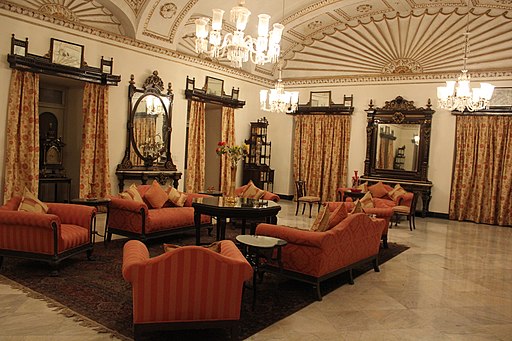 There is a big room which has the photographs and desk of Madhavrao Scindia while several bathrooms, bedrooms and drawing rooms remain exactly as they were in the past. The royal kitchen has been immaculately kept with its lavish pots, furnaces and precious china. Stuffed tigers, cut-glass furniture items and a swimming pool just for women with a boat, are unusual items filling up several rooms of the palace. 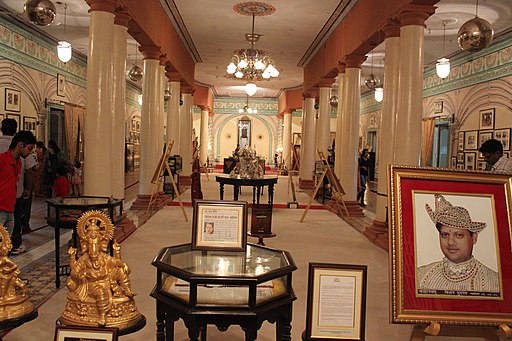 The dining room is a true delight. The highlight of this room is the Jai Vilas Palace silver train – a model train for carrying after-dinner cigars and brandy throughout the table. There is an Indian-style dining area for times when the Maratha and other noblemen were invited for meals. There is a famous palanquin at the palace which was gifted by Shah Alam II, the Mughal emperor, who was restored back to his throne by none other than Mahadji Scindia in 1787. Ghulam Qadir, the Rohilla courtier, had taken control of the capital of Delhi. He had humiliated the royal family of the Mughals while blinding emperor Shah Alam II, as well. This tragic chain of events has been talked about through the poems of Allama Iqbal. Mahadaji Scindia rescued the family of the Mughal emperor and eventually helped in capturing Ghulam Qadir. He then became the ruler of Delhi for a brief while. He was an immensely powerful figure in his time while historians state that he was the third highest Maratha ruler by way of importance, after Chhatrapati Shivaji Maharaj and Peshwa Bajirao. 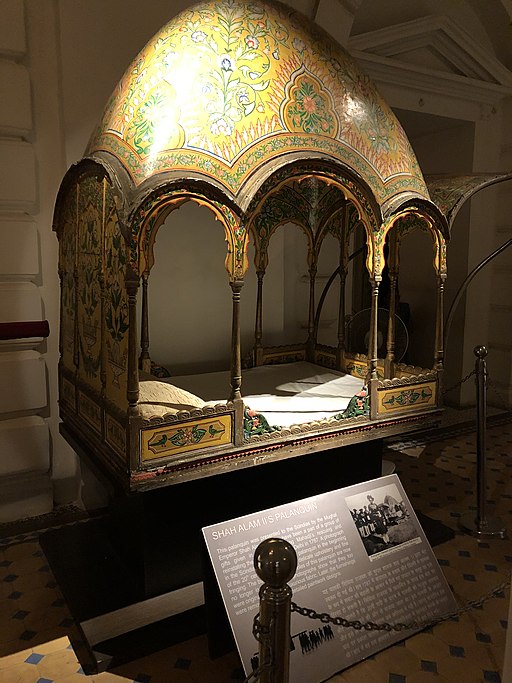 The museum in Jai Vilas Palace showcases the history behind the origins of the Scindia rulers from Maharashtra’s Kanherkhed Village. The family left this village back in 1726 although it has preserved its heritage in the state. On special days, the family members still put on the Maratha style turban or Shineshahi Pagdi that makes use of 60 metres of Chanderi Silk and pointed ends. 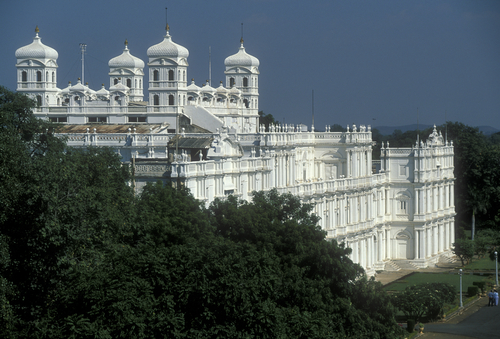 See also: All about the Mysore Palace

Where is the Jai Vilas Palace located?

How much area does Jai Vilas Palace cover?

The palace covers a whopping 1,24,771 sq ft, not accounting for the inner square. 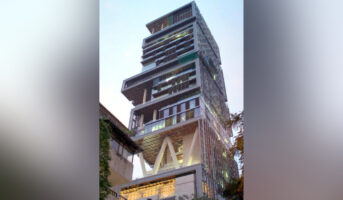 Mukesh Ambani house: All you want to know about Antilia and Stoke Park estate. 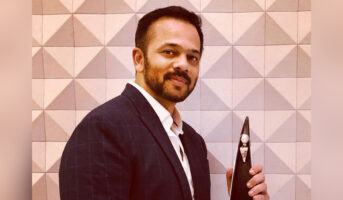 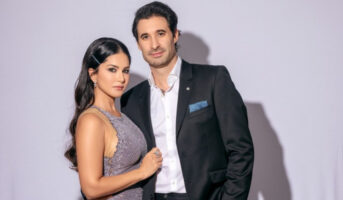 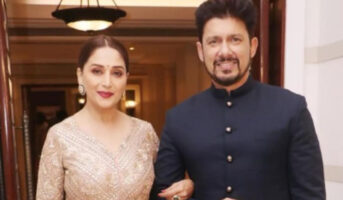 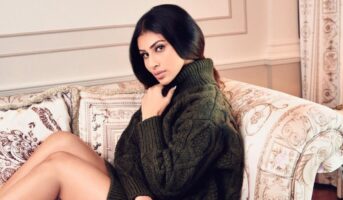