Home » Property Trends » All you need to know about Maha Metro

The Nagpur Metro Rail Corporation (NMRCL) has been re-established as the Maha Metro and it will be responsible for implementation of all metro projects in Maharashtra outside of the Mumbai Metropolitan Region (MMR).

Maha Metro’s objective is to create an energy-efficient metro rail system, by utilising green energy which is on a par with international standards. Maha Metro is presently working on two projects: the Nagpur Metro and the Pune Metro.

With the Nagpur Metro project, Maha Metro’s aim is to minimise traffic congestion, pollution, road accidents, travel time and costs. The Nagpur Metro, which started operations on March 8, 2019, was India’s 13th operational metro system. It is also the greenest metro rail in India.

Maha Metro’s Nagpur Metro Rail project is a 40.85-km metro corridor that has 38 stations and two depots. It is divided into two parts:

The estimated competition cost of the Nagpur Metro project is around Rs 8,680 crores. Also known as the Orange Line, the metro starts at Automotive Square and terminates at Khapri. At present, the Maha Metro Nagpur Orange Line is operational between Kasturchand Park and Khapri. Mentioned are the stations in the north-south corridor of Nagpur Maha Metro:

With the motto of ‘Metro for All’, every station of the Nagpur Metro by Maha Metro is designed distinctively. All these stations provide easy access, space to move, childcare facility room, CCTV surveillance, passenger assistance points, facilities for differently-abled passengers, smart sewage treatment and water recycling plants and presence of multi-modal facilities, among others.

Maha Metro has included schemes, such as shuttle buses, battery-operated vehicles, pedestrian facilities and bicycle sharing, as part of the Nagpur Metro project. 19 feeder routes have been identified that will cover all metro stations and a total distance of 160 kms. These will help commuters to access the metro network for travelling to and from homes and offices. The Maha Card provides a safe and contactless way of paying fares across the Nagpur Metro. It can be used to purchase tickets or loading of passes for the metro. With the Maha Card, you can avail of a 10% discount on every metro ride. The Maha card can be used for feeder bus ticketing, ticket punching at metro stations, etc.

You can download the Nagpur Metro Rail app from the Google Play store to avail of many benefits. In addition to helping you book your tickets easily using the ticketing mobile application, it also gives you information about the various metro stations, the routes between the stations, the timings and nearest tourist destinations. You can also share your feedback on the mobile app.

The 43.8-km Phase II of Nagpur Metro will extend to Kanhan in the north and Butibori MIDC in the south, as part of the north-south corridor. It will also extend from Transport Nagar (Kapsi) in the east and Hingna Mount View in the west as part of the east-west corridor.

There will be only one interchange which will be at Sitabuldi.

Once Phase-II is operational, the total ridership on the two phases of the Nagpur Metro is expected to reach 5.5 lakh passengers daily. This number is expected to increase to 6.3 lakhs in 2031 and 7.7 lakhs in 2041. Maha Metro is also responsible for the smooth implementation, execution and operations of Phase-1 of the Pune Metro rail project. The Pune Metro aims to reduce problems, including traffic congestion, pollution, road accidents and cut travel time and costs.

Maha Metro started the Pune metro project in December 2016. Pune Metro rail project started operations in 12 km of the total 32.2 km on March 6,2022, which was inaugurated by Prime Minister Narendra Modi. Presently, the metro trains are operational along 2 routes namely Vanaz to Garware College metro station and PCMC to Phugewadi metro station. The first day of metro operations saw 37,752 people. Only fully vaccinated people will be allowed to board the Pune Metro.

Line 1 of the Pune Metro by Maha Metro starts at PCMC and terminates at Swargate. Of the 14 stations, five are underground and nine are elevated. Mentioned below are the Pune Maha Metro Line 1 station names:

See also: All you need to know about the Pune Metropolitan Region Development Authority (PMRDA)

The proposed elevated metro will be 23.3 kms long and will connect Hinjewadi Rajiv Gandhi Infotech Park to Shivajinagar via Balewadi. It will have 23 stations and the project is to be completed in 39 months.

As part of the consortium between Siemens AG, Siemens Mobility GmbH, Siemens Limited and Alstom Transport India Limited that has been awarded the contract for the electrical and mechanical system works for Pune IT City Metro Rail Limited, Siemens Limited will provide project management, turnkey electrification, signaling, communications and depot works (equipment). The order size of Siemens Limited is to the extent of approximately Rs 900 crores.

Although Pune Metro fares have not been fixed yet, Maha Metro will use the automatic fare collection system which will be a combination of smart cards and computerised paper tickets. Line 1 of Maha Metro Navi Mumbai will cover a total of 23.4 kms and will include 20 metro stations. Developed in phases, the first phase will start from Belapur and terminate at Pendhar. It will cover a distance of 11.10 kms and all the metro stations will be elevated.

Maha Metro started trail runs for the Navi Mumbai Metro from August 2021 and the network is expected to be operational by the end of 2021.

See also: Everything you need to know about the Mumbai Metro

Maha Metro has designed the plans for the Nasik Metro, the approval for which is awaited from the union cabinet.

What is different about Nagpur Metro and Pune Metro, both implemented by Maha Metro?

The Nagpur Metro and the Pune Metro projects will get up to 65% of energy from solar panels, making it one of the greenest metro projects in India.

Pune Metro rail to be operational by 2021. 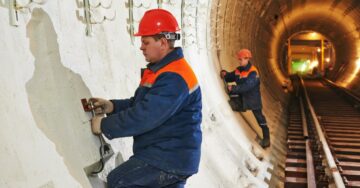 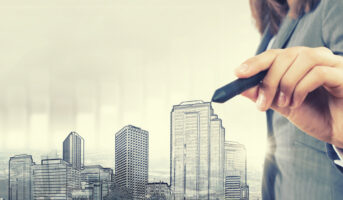 All you need to know about MHADA. All about Nagpur Municipal Corporation (NMC).