Maharashtra chief minister Devendra Fadnavis, on August 29, 2018, approved the construction of projects including the Bandra-Versova sea link, a new lane on the Mumbai-Pune Expressway and a third bridge on Thane creek, at Vashi. Chairing a meeting of infrastructure projects committee of his cabinet, the CM asked them to undertake the construction work within a month.

The Bandra-Versova sea link will be three times the length of the present Bandra-Worli sea link, a release issued by the Chief Minister’s Office (CMO) said. A route from Bandra Bus Terminus connecting the sea link at Versova Nana Nani Park from the Western Express Highway (Parle Junction), will also be developed, it added.

Construction of a third bridge on the Thane creek at Vashi, was also approved, the release said. This work includes extension and modernisation of the toll booth at Vashi and smoothing of traffic movement.

Also, construction of a new lane (missing link) in the ghat section between Khopoli and Khandala will be undertaken, the release said. Construction of a two-stage tunnel, commencing from Khalapur toll booth and terminating at Kusgaon (Sinhagad Institute), along with the connecting bridge, will be undertaken as part of the project. The total length of the two tunnels in the project will be 11 kms and the length of the connecting bridge will be two kms. “The 650-meter cable-stayed bridge, which is the longest in the country, will be a tourist attraction. This link will reduce the distance between Pune and Mumbai and will also help in saving journey time,” the release stated. 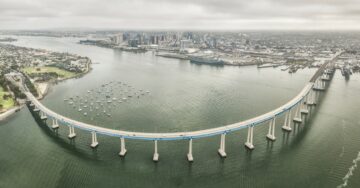 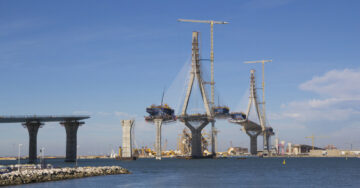 [fbcomments]
For any feedback, write to us at editor@housing.com.
https://seo.housing.com/api/v1/housing_news?tags=Bandra,Bandra-Versova%20sea%20link,Khalapur,Khandala,Khopoli,Maharashtra,Mumbai-Pune%20Expressway,Sea%20Link,Thane,Thane%20Creek,Vashi,Versova,Western%20Express%20Highway