Farmers in Ahmednagar district of Maharashtra, on March 17, 2018, claimed that fugitive jeweller Nirav Modi, the prime accused in the alleged Rs 11,400-crore Punjab National Bank fraud, had acquired their lands at less than prevailing rates. A group of over 200 farmers, who arrived in bullock carts at the tract of land at Khandala in Karjat tehsil, ploughed a part of it using a tractor, as a symbolic reclaiming of possession.

They will start cultivation on the full 125 acres of the acquired land soon, farmers said. The protest was meant to show that farmers have reclaimed their land, which was acquired on behalf of Nirav Modi’s Firestar company some years ago, they said. The land is among the properties attached by the Enforcement Directorate, as a part of its probe against Modi who has fled the country, said a farmer activist.

Protesting farmers carried the banner of ‘Kaali Aai Mukti Sangram’, a local farmers’ organisation. “The land was acquired from farmers at around Rs 15,000 per acre, whereas, the government rate for land compensation in the area is around Rs 20 lakhs per acre now,” lawyer and activist Karbhari Gawli, who was part of the protest, told PTI over the phone from Ahmednagar. A police official from the Karjat police station said no ‘untoward incident’ was reported from Khandala village. 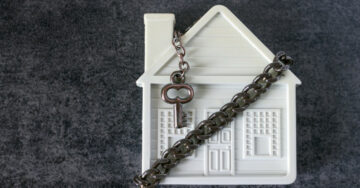