The ambitious plan of the Maharashtra government, to complete digitisation of land title documents by August 15, 2017, has slowed down due to a high percentage of errors in data filing, a senior official from the revenue department said. “If you feed the data for 100 land documents, errors are found in at least 30 documents,” the officer said.

“The earlier deadline for digitisation of land records in all the 43,943 villages in the state was August 15. However, till August 14, 2017, the officials could complete works of 3,893 villages only,” the official said, quoting a state government report.

“The error percentage in the digitised documents is as high as 30 per cent. The senior revenue officers also verify the documents and correct it. Hence, the pace of generating error-free documents has slowed down,” said the official. There are 2.47 crore land title documents, of which 2.28 crore have been digitised. Its verification is going on, the officer said.

Earlier, the record of 7/12 utara/receipt of the revenue department – also known as land title document, was maintained manually. However, several errors were noticed in the manual system. Moreover, several malpractices had crept in, which led to instances of land grabbing, selling land without consent of the owner, changing of names of the owners and so on.

See also: Know all about 7/12 or satbara utara extract

Thus, to keep a check on such practices, the state government decided to digitise land title documents. The document is very crucial for establishing the ownership of a person or group of persons over a piece of land. The same document is required, for farmers to avail of loans, establish ownership, for availing crop insurance and even in legal matters, as an authentic document.

“With digitisation of revenue documents, we found several types of errors. As people are highly sensitive about their land and its ownership, we asked all the senior revenue officers to carefully correct the errors. The pace has slowed down but by Diwali, we will complete everything,” Maharashtra revenue minister, Chandrakant Patil said. 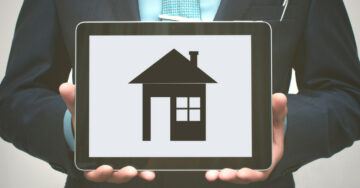