A Mumbai family that had been fighting a legal battle for 48 years, to regain possession of their one-room flat that they had rented out, got justice after the Bombay High Court asked the tenants to vacate the house. City resident Navinchandra Nanji, who died while his plea was pending in court and his legal heirs, had been running from pillar to post to get relief. Their efforts finally bore fruit, when a single bench of the HC ordered, last week that their tenants vacate the said premises in Sewri area, rented out in 1967, ‘within the next 12 weeks’.

Justice GS Kulkarni, who was hearing the case, while issuing the eviction order, also lamented the sluggish pace of the judicial system. “It is quite a wrench for a conscious judicial mind, to note that in this case, a suit for eviction was instituted about 48 years back. Soon, the respondents would have celebrated the golden jubilee of the litigation. While the petitioners await the fruits of the litigation, the respondent tenant has been an undeserving beneficiary of the systemic delay in the judicial process,” the judge observed.

As per the plea, Nanji first moved a lower court in 1969, after his tenant of two years, Jivraj Bhanji, refused to pay heed to the eviction notice served to him, on the ground that he had illegally made a permanent alteration in the said flat. Bhanji argued before the trial court that he had merely created a ‘temporary loft’ and the creation of any temporary structures or such alterations were ‘not a valid ground for eviction under the Bombay Rent Act’.

A few months later, Nanji realised that Bhanji, his wife and their five children had moved to another accommodation in Wadala area and that they were illegally using his Sewri flat as a mess or canteen, for the workers who were employed at Bhanji’s shop. He brought this to the trial court’s notice, arguing that the ‘acquisition of alternate premises’, was a valid ground for eviction under the Bombay Rent Act. The trial court finally agreed and passed an eviction order in 1984.

This order, however, was reversed by an appellate bench of the Mumbai Small Causes Court that Bhanji had approached in appeal. The Small Causes Court took note of Bhanji’s argument that the alternate flat in Wadala had been taken on rent by his wife and sons and that he was neither the owner, nor the tenant of the Wadala flat. Nanji produced documentary evidence in the form of an invitation card of Bhanji’s eldest daughter, the ration cards and voter IDs of Bhanji and his sons, to prove that all of them were residing together in the Wadala flat, but the Small Causes Court paid no heed to the same.

Then, in 1998, Nanji’s sons approached the high court seeking relief. While the plea remained pending in the HC, Bhanji too died but the flat in Sewri remained under his sons’ possession. On September 4, 2017, justice Kulkarni ruled that the appellate bench of the Small Causes Court had been ‘in serious error in reversing’ the trial court’s eviction order.

“There is evidence on record, to show that the suit premises (the Sewri flat) were used by him for the purpose of a mess for the employees working in the shop and were not used for residence but for business purposes. The eviction should have been allowed on the ground of the defendant (Bhanji) having acquired suitable alternate accommodation, as mandated by Section 13(1) (l) of the Bombay Rent Act,” justice Kulkarni noted. “Though having succeeded before the trial court in the year 1984, the plaintiff was kept away from the decree, on account of the perverse findings recorded by the appellate bench,” he said. 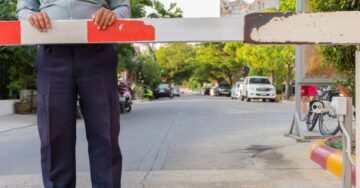