Kolkata’s real estate market has come a long way. If Dalhousie Square is a landmark of Kolkata’s iconic British architecture, New Town has the vibe of a young and vibrant society, where a majority of the population is in the 20s and employed in the banking or IT sectors. Experts view New Town as a new central business district of Kolkata, which will witness further commercial and retail development, thanks to the unending housing demand and influx of migrant population.

At present, New Town has over 200 under-construction projects and over 148 ready-to-move-in projects. Almost all major housing developers, including DLF, Tata Housing, Unitech, etc., have their projects in the area. The options, in terms of variety and pricing, are abundant. According to Housing.com data, a 1BHK apartment is available at a starting price of Rs 15 lakhs and goes up to Rs 50 lakhs, depending upon the project and its location.

See also: 7 best satellite towns in India to invest in

New Town is located on the eastern side of Kolkata and comes under the jurisdiction of the New Town Kolkata Development Authority. This was one of the first planned satellite cities in West Bengal, for which cultivable land was acquired, to give way to industrial and residential development. It also has India’s first Wi-Fi road corridor, starting from the main arterial road to the airport, to Sector V, a 10.5-km stretch. Transportation in New Town area is limited to public buses and taxis. However, the area will soon be connected to the Airport Line of the Kolkata Metro, which will boost the economy of the area. There are also plans to extend the circular railway line till New Town via Salt Lake but the work has not started yet.

“In the commercial segment, the peripheral business districts including Salt Lake Sector V and New Town, are the most preferred locations, as these constitute the IT hub of the city. Moreover, the availability of vacant spaces acts as a pull factor,” says Santhosh Kumar, vice-chairman, ANAROCK Property Consultants. Luxury business hotels such as Novotel, Pride and Swissotel, have also started operations in New Town, boosting its image as a commercial hub. Apart from this, the ‘smart city’ status given to Kolkata’s New Town, has created a lot of buzz and interest among buyers and investors.

New Town consists of areas of two villages – Rajarhat and Bhangar – which have now been developed into an integrated city, with modern infrastructure and amenities. New Town has one of the biggest IT zones in the city, with companies like Tata Consultancy Services, Wipro, Infosys and many more coming in. Other IT giants such as Accenture, Genpact and Capegemini, have already started operations. This area has some of the finest malls in its proximity, as well as schools and hospitals.

“New Town is well-designed, well-equipped and has good transportation. There are areas which positively look like an international city. Shopping hubs such as Axis Mall and City Centre 1 and 2 malls are the heart of this area. If you prefer a quiet, unassuming life, akin to a small city, New Town is a good place to stay. Also, it is very inexpensive,” says Anchal Samuel, a resident of New Town since 2018.

Check out properties for sale in New Town

Things to watch out for in New Town

Water quality: Residents have complained that the water quality in the area is not good and laden with iron, making it difficult to shower.

Crime: As the area is newly developed, many sectors are comparatively isolated and uninhabited for most part of the day. Several robbery cases have been reported in the past. 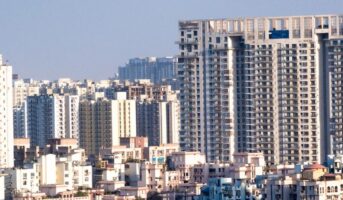 Noida Sector 62: Things to know, before buying a property here.