The Maharashtra government, on October 6, 2016, gave a go-ahead for carrying out a detailed project report (DPR) for the greenfield international airport, which will come in Purandar tehsil of Pune district. The proposed airport will be spread over 2,400 hectares and the site has been already approved by the Airports Authority of India (AAI), Maharashtra chief minister Devendra Fadnavis, said.

Fadnavis held a meeting with the Maharashtra Airport Development Corporation (MADC) on the issue.

“We decided to grant permissions for carrying out the DPR, as well as the ‘obstacle limitation surface’ survey for the proposed site. Located near the historic Purandar fort, the proposed airport will be named as Chhatrapati Sambhajiraje International Airport,” Fadnavis said, adding that after the acquisition of land, the airport will commence within three years.

“The site is around 15-20 kms away from Pune city. Located on the south of the city, the proposed airport will be connected with six different routes, including National Highway 4 and 17,” he said. There will also be a special ring-road, connecting major industrial establishments (such as Chakan MIDC, several phases of Talegaon MIDC, Bhosari MIDC and Rajiv Gandhi Infotech Park) with the proposed airport, from Hadapsar area of Pune. The IT and auto sectors, have been demanding a dedicated international airport with cargo facility, for over a decade.

When asked about earlier proposed sites like Chakan and Rajgurunagar, Fadnavis said that except for Purandar, no other site is approved by AAI. The current passenger movement from Pune airport is around 6 lakh per year. “The proposed airport will have two airstrips-each, having a length of four kms. It will handle cargo along with passenger traffic,” Fadnavis said. Land for the airport, will be acquired from villages such as Pargaon, Munjewadi and Memane from Purandar teshil.  Officials said Purandar is an arid region with very low rainfall and most of the land is non-agricultural, while in some areas farmers opt for kharif crops only.

“Most of the farmers have expressed their willingness for the project. The farmers, whose land will be acquired for the project, will become partners in the airport developing company, which will ensure some steady income source for them. This model has been used in the state earlier for land acquisition of the proposed Navi Mumbai International Airport,” the chief minister added.

Asked about proposed airport in Kolhapur, around 230 kms from Pune, Fadnavis said, “The state government is spending Rs 40 crores on the Kolhapur airport and it will be a domestic airport.” The CM spoke about the Nagpur airport as well, which is also going to be a cargo terminal. “The request for quotation and request for proposal, have been completed. For the first time, six companies have come forward with bids for an airport, including Tata, Essel, IRB and GMR,” he added. 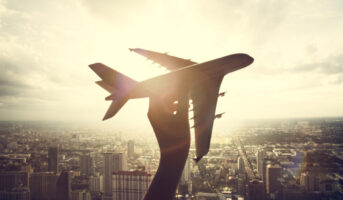