Banks cannot auction the properties of builders, to recover losses, unless they have taken a prior permission from the real estate regulatory authority, the Haryana RERA has ruled. The Haryana RERA order came after non-banking finance company PNB Housing Finance decided to auction a Gurgaon-based project by real estate developer Supertech, to recover dues and one buyer, Deepak Chawdhary, moved the state body against it.

While stating that banks will require a prior approval from the state authority, apart from permission from two-thirds of buyers, the Haryana RERA also said penal action might be initiated against financial institutions, if they failed to follow the rules. The ruling is based on the premise that the rights of home buyers on a housing project are not second to the rights of a lender and the latter cannot encroach upon the rights of the former, to recover its own losses.

In its order dated September 11, 2020, the state real estate authority said: “The financial institutions/lending banks/creditors have to take prior approvals from the authority at two stages. First, before initiating the auction of real estate projects. Second, at the time of transferring the auctioned property to the new buyer.”

Construction on Supertech’s project, where units were allotted to a total of 950 buyers, was slated to start in May 2015, while the project was to be completed by December 2021. So far, only 26% work has been completed at the project site. The bank launched the auction proceedings, based on the unlikelihood of the project being completed within the deadline.

“The bank cannot recover money from projects as it has not been invested in projects. Home buyers’ money has been diverted fraudulently. Thus, fraud cannot be perpetuated against them by selling the flats and depriving them of hard-earned money and savings of their entire life. They cannot be cheated once over again, by sale of the project raised by their funds,” the order read.

“The authority is in no way against the auction of the project by the lender.  Nevertheless, in case PNBHFL intends to proceed with the auction it shall first submit all relevant documents before the authority and undertake that the hard-earned money of the buyers is not jeopardized,” the RERA added.

People who have bought homes at Supertech’s Romano site in Noida, refuted the builder’s claim that 200 flats were handed over to them, saying that only ‘three or four’ families were given the keys

January 29, 2020: In a statement on January 25, 2020, embattled real estate developer Supertech had said that it had ‘handed over as many as 200 flats in its Romano project to home buyers’. Supertech Romano Home buyers’ Association, however, said the builders’ claim was ‘untrue’ and the project, which has been delayed by over three years, was ‘far from livable’.

“There are only 150 units in Tower B2 and not 200 as reported and on January 25, keys were given to only 3-4 buyers and not to 200 as reported. Neither the occupancy certificate nor the completion certificate has been obtained for the project or the units offered for possession,” the association’s statement said. The association said the promised infrastructure like a club, a swimming pool, children’s play area and jogging track, were not yet available. It alleged that Supertech had also backed out from its commitment to make pre-EMI payments to subvention buyers.

Confronted with the home buyers’ rejoinder, a Supertech spokesperson, on January 28, 2020, said that keys were handed over to 20 buyers but all flats in Tower B2 were ready and other home buyers have been sent a communication offering possession. “Not everyone came on January 25 but we had invited all buyers of Tower B2 to take possession of their homes,” the spokesperson claimed. The spokesperson said the group had applied for the occupancy certificate for Tower B2 of its project located in Noida’s Sector 118.

The Noida Authority has issued a recovery certificate of Rs 293 crores against real estate group Supertech over non-payment of dues, officials said

October 23, 2019: The Noida Authority has slapped a recovery certificate against Supertech, in connection with pending dues for a group housing project, Supertech Cape Town in Sector 74, an official said. “The RC was issued on Tuesday (October 22, 2019) and includes a principal amount of Rs 253 crores and Rs 40 crores interest,” the official said.

Supertech, however, said it would appeal against the RC order. The real estate group claimed that they had stopped work on the project for two years, in compliance with the guidelines of the National Green Tribunal (NGT) and was assured by the Authority and the government that the interest amount for that period would be waived. “For the last three years, we have been appealing to the government and the Noida Authority for the promised waiver but we have only got assurances. We will appeal against this RC order now,” Supertech chairman RK Arora said.

Supertech promises homes to 14 buyers by December 2019, at UP RERA meet

Supertech Ltd, at a conciliation meeting of the UP RERA, has said that it will hand over possession of homes to 14 buyers by December 2019

July 29, 2019: Supertech, on July 26, 2019, agreed to hand over the possession of flats to 14 buyers and also bear their EMI or house rent costs till then, according to Uttar Pradesh RERA officials. A mutual agreement was reached in all the 14 cases between the buyers and builder Supertech that were taken up for hearing during the seventh Conciliation Forum of the NCR, held by the Uttar Pradesh Real Estate Regulation Authority (RERA), the officials said.

“Both, the buyers and builder side, were brought to the table and their problems were discussed. All the cases taken up today were related to Supertech and were amicably settled,” RD Paliwal, NCR conciliator, UP RERA, said. “In all the cases, the builder has agreed to hand over the possession of homes to the buyers by December 2019. They have also agreed to bear the expenses for EMIs on home loans, or the rent for accommodation, as maybe the case, till the time and given an option to relocate the buyers concerned in any appropriate project of theirs for the time being,” Paliwal said. He added that the builder has also agreed to pay the compensation amount to the home buyers, over the delay as per the builder-buyer agreement.

Real estate group Supertech Ltd has been slapped with a fine of Rs five lakhs and four of its officials have been arrested, for violation of pollution norms, at its project in Sector 74 of Noida

February 22, 2019: Two concrete mixing plants of realty group Supertech were seized in Noida and four of its officials arrested, on February 21, 2019, for allegedly flouting the National Green Tribunal’s (NGT’s) norms on pollution, the Gautam Buddh Nagar administration said. The realty group was also slapped with a fine of Rs five lakhs by the NGT, for the violations at its project site in Sector 74 area, it said.

See also: India and Germany to collaborate, for implementation of the National Clean Air Programme

“The Supreme Court had clear directions to implement NGT’s guidelines. In pursuance of that, the action was taken against Supertech builders. They had one RMC plant working on a project premises and another just outside its boundary. They were operating illegally and violating the NGT order by production of dust, etc.,” city magistrate Shailendra Kumar Mishra said. Some other contractors were involved in the project, while it should have been their contractors. The no-objection certificates (NOCs) that were issued for some work, were not in the name of Supertech. These are major violations of the law, he said.

“The action was taken on directions of the district magistrate and such cases are reviewed by the administration on a weekly basis, to enforce the orders of the Supreme Court and the Central Pollution Control Board (CPCB),” he said. The district administration has warned action against anyone found flouting the apex court guidelines and norms set by the CPCB on controlling pollution.

The Supreme Court has directed embattled real estate firm Supertech Ltd, to deposit Rs 20 crores in two tranches by November end, to refund money to the home buyers who had opted out of its project in Noida

July 31, 2018: The Supreme Court, on July 30, 2018, directed realty firm Supertech Ltd to deposit Rs seven crores by September 5, 2018, to refund 111 home buyers, who had taken loans from banks and opted out of its building project in Uttar Pradesh’s Noida area. A bench headed by chief justice Dipak Misra, asked the realtor to deposit the balance amount of Rs 13 crores by November end, to pay back the home buyers in its Emerald Towers project, comprising of two 40-storey residential buildings.

The apex court said as far as 24 home buyers, who are insisting on 14 per cent per annum interest are concerned, they are directed to accept the proposal, as per the calculation of the amicus curiae. Advocate Gaurav Agrawal, who has been appointed amicus curiae in the case, told the court that to satisfy the claim of 111 home buyers, an amount of Rs 35 crores was required to be deposited, out of which an amount of Rs 15 crores has already been deposited.

“A lump sum interest of Rs one crore shall be deposited before the registry of this court, within the said period, to compensate the delayed payment to the 111 + 24 buyers. The deposited amount, along with interest, shall be disbursed by the registry on a pro rata basis, with the assistance of Gaurav Agrawal. The registry shall disburse the amount within a period of 10 days hence,” the bench, also comprising justices AM Khanwilkar and DY Chandrachud said.

The court, in August 2017, had asked Supertech to deposit Rs 10 crores, for refunding the principal money to the investors who wanted to opt out of its Emerald Towers project. The bench was hearing pleas against the Allahabad High Court’s April 11, 2014, verdict, ordering demolition of the two 40-storey twin towers – Apex and Ceyane – in Noida and directing Supertech to refund money to home-buyers with 14 per cent interest in three months. The towers have 857 apartments, of which about 600 flats have already been sold. 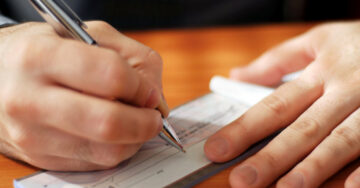 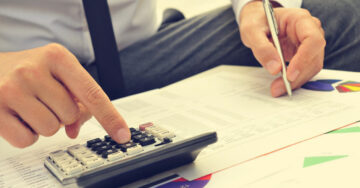 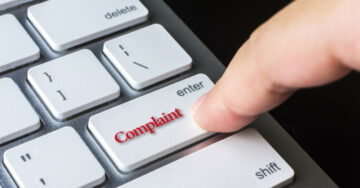