Maharashtra finance minister Ajit Pawar, on January 9, 2020, asked officials not to hike stamp duty on property deals. The revenue should be increased, instead, by rationalising ready reckoner rates (official rates of property for the purpose of computation of duty), he said. Pawar gave these instructions during a review meeting of the Department of Registration and Stamps, an official statement said.

March 12, 2019: The government of Maharashtra, on March 1, 2019, announced an amnesty scheme with respect to the penalty that can be levied for insufficient payment of stamp duty made in the past. The scheme proposes to limit the penalty payable on certain transactions to 10% of the deficient stamp duty, instead of the 400% which can be levied in normal course by the government. The scheme applies to all the transactions of sale or transfer of tenancy rights, of residential houses within Maharashtra and is available only for documents that have been executed on or before December 31, 2018. The application, along with the instrument and supporting documents, has to be made within a period of six months from March 1, 2019, i.e., by August 31, 2019, the period up to which the scheme will remain open.

People who executed land deals in the Mumbai Metropolitan Region between May 19 and September 19, 2017, may have to pay additional stamp duty, with the government approving the levy of stamp duty as per the 2017-18 ready reckoner rates, as against the 2016-17 rates

August 1, 2018: The Maharashtra cabinet, on July 31, 2018, has approved the recovery of stamp duty on land transactions executed in the Mumbai Metropolitan Region (MMR), between May 19 and September 19, 2017, as per the 2017-18 ready reckoner rates. Those who executed land deals during this period, will have to pay the difference between the stamp duty as per the 2017-18 rate and that as per the 2016-17 rate (which they may have paid), a government official said.

“The government had stayed the recovery as per the 2017-18 rate, on the request of the Maharashtra Chamber of Housing Industry. The chamber contended that the stamp duty be levied as per the 2016-17 rates, because the new rates were exorbitant,” he said. “A study group was set up and now, the stay has been lifted after receiving its findings. Today, the cabinet approved the recovery of additional amount of stamp duty for this period. However, the penalty (for late payment) will be waived,” the official said.

In another development, the cabinet also decided to allot 5.6 hectares of government land at Balewadi near Pune, for the Hinjewadi-Shivajinagar stretch of the Pune Metro. As per the market rate, the price of the land is Rs 153 crores and it is being allotted, as part of the state’s share in the project cost, the official added. 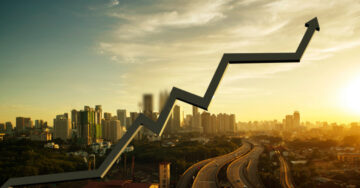