While the COVID-19 pandemic did bring real estate activity to a grinding halt, some localities have shown much higher resilience to the pandemic than others. Thane is one such shining example.

According to Real Insight July-September 2020, a quarterly report by PropTiger.com, Thane west in the Mumbai Metropolitan Region (MMR) contributed highest to the demand during the third quarter of 2020, as India’s housing sector tried to gather itself in the backdrop of the Coronavirus’ spread.

“Even though, initially, the Thane property market was tremendously impacted by the pandemic, primarily during the lockdown in March and April, the market was able to bounce back, because of the advantages it enjoys in terms of ticket size, location, quality constructions and housing inventory,” says Ayushi Ashar, director of the Ashar Group. “We have seen a tremendous increase in the number of serious buyers who have now entered the property market, with an intent to invest,” says Ashar.

At a webinar organised by Housing.com, as part of its Mega Home Utsav online property festival, the Mumbai-based developer showcased some of their ongoing projects in the Thane market, including Ashar Edge, Ashar Sapphire and Ashar Metro Towers. The company director also emphasised that central locations will continue to be the most popular among buyers, even in the post-pandemic scenario, because of the location advantage.

“Unlike developing communities in the suburbs, a central locality gives buyers the chance to have a property in an area that already has a well-developed infrastructure. This means that there will not be interruptions on that account,” said Amit Vakharia, VP, projects, Ashar Group.

To cash in on the festive season, the developer, which has delivered 400 million sq ft of space in key MMR markets, is offering easy payment options to home buyers in select projects, for a limited period. Primarily known for its boutique properties, the Ashar Group has more than two decades of presence in the Thane market. It has an average project completion turn-around time of three years.

“Considering that the Maharashtra government has brought down the stamp duty rate to 2% and home loans are available at sub-7% level right now, this is possibly the best time to invest in property in the MMR,” said Sagar Pardikar, head, project sales, Ashar Group. 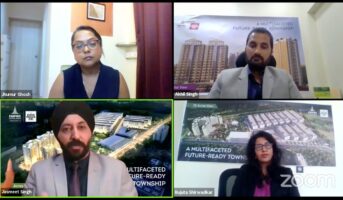 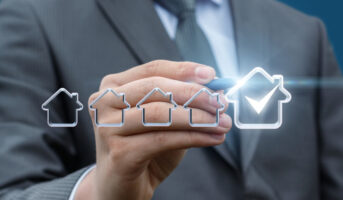 E-Awas Mumbai: How to apply for government quarters in Mumbai?.