Defence minister Nirmala Sitharaman, on January 20, 2019, launched the second defence corridor in the country, in Tamil Nadu, to support various defence manufacturing units. The first one is being established in Uttar Pradesh

The project, christened the Tamil Nadu Defence Industrial Corridor, will link Chennai, Hosur, Coimbatore, Salem and Tiruchirappalli. Total investments worth over Rs 3,038 crores in this defence corridor, were announced during the launch.

“The response from the local industry to this defence corridor has been amazing. They even wanted to extend this corridor up to Palakkad but we had to tell them that it would currently consist of these five nodes (cities) only,” Sitharaman said.

The minister said development of these defence corridors will facilitate a well-planned and efficient industrial base that will lead to increased defence production in the country. The idea behind setting up defence industrial corridors, is to ensure connectivity among various defence industrial units.

The five nodal cities have existing defence ecosystem in the form of ordnance factory boards, vendors working with defence PSUs and other allied industries. The meeting in Tiruchirappalli, on January 20, 2019, was attended by over 500 industry representatives. Several ministers and senior officials of the Tamil Nadu government, senior defence ministry officials and executives from defence PSUs, were present at the event.

Finance minister Arun Jaitley, in his budget speech on February 2, 2018, had announced that two defence industrial production corridors will be set up in the country, to promote domestic defence industry. On August 11, 2018, the Uttar Pradesh Defence Industrial Corridor was launched in Aligarh, with projected investments of Rs 3,732 crores. 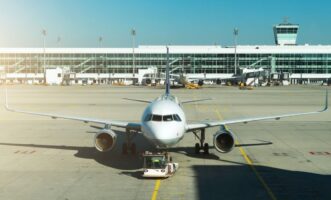