India’s housing market has some of the lowest rental yields, globally. In a country where most of the cities offer rental yields of as low as 1%-1.5%, one city stands apart. Bengaluru, in stark contrast, offers the highest rental yields, ranging between 3% and 3.9%. Consequently, a person from outside the city may well perceive the rental market to be over-priced.

When Ramakant Sachdeva was transferred to Bengaluru from Noida by his IT firm, he was elated by that fact that he would get to see a new city. Sachdeva, a bachelor, had been living in a rented accommodation in Noida, paying Rs 12,000 for a 2-BHK flat. He was in for a rude shock, when he was asked to pay Rs 35,000 for the same kind of apartment, in Bengaluru. This increase of almost 300% in his monthly house rent, threw his financial plans haywire.

“The cost of the flat was around Rs 1 crore and they asked for Rs 35,000 as monthly rent. This amounted to a rental yield of almost 3.5%. This was unreasonable, in a place like Sarjapur. Moreover, the apartment was quite far from the main road. I am not sure any other city in India is giving more than 2% rental yield,” complains the young IT professional.

However, market analysts are not surprised by Bengaluru’s rental valuations. They point out that the rental market in the city, has defied the rental returns of other Indian metro cities for many years. Instead, they maintain that the absorption of office space, is the true indicator of the rental yields in any given city.

According to a report by Global Property Guide, the rental yields in Bengaluru range between 3.7% and 4.4%. Nevertheless, these are way below the levels in 2007, when rental yields were in the range of 7.16%-9.92%, the report added.

Trivita Roy, associate director – research and REIS, Jones Lang LaSalle India, categorically states that rents are far more affordable in Bengaluru, as compared to other cities. “For similar projects, if you go to any other city, you will have to pay more,” Roy points out. Also, from the owners’ viewpoint, rental returns are in the range of 3%-4% only because prices are low, she explains.

In 2015, the absorption of office space in Bengaluru stood at more than 80 million sq ft, which was much higher than other cities in India. For example, in Gurgaon, it was 50 million sq ft for the same period. In terms of the office space consumption per household, Bengaluru is the only Indian city that is close to the major global cities.

The relationship between rental and capital values

Ashish Puravankara, MD of Puravankara Projects, points out that rental yields have taken a hit across the country over the last decade, even touching 1% in many places. According to him, lower rental yields either indicate that capital values have shot up or that rentals have failed to pick up.

“Rentals have grown at a steady rate but the pumping of money to buy houses, in markets like Delhi and Mumbai, have led to rental returns shrinking up. In Bengaluru, rental yields are higher, because the capital values are more realistic. A person who cannot afford to buy a house, will opt for a rental house. So, rental values are the true indicators of housing demand in a given market,” says Puravankara.

While Bengaluru’s rental yields may defy the national average, it may not have reached its peak and still remains lower than many other global cities. Moreover, the economic fundamentals behind this phenomenon are likely to ensure that the city’s rental yields remain high, for some time to come. 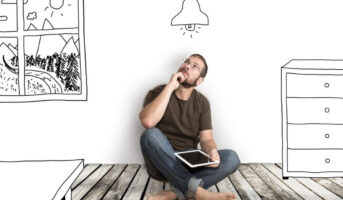 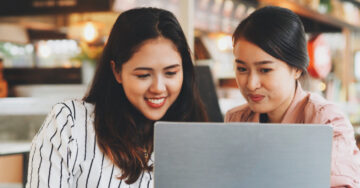 Things to keep in mind when investing in co-living spaces for rental income.