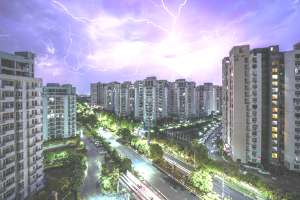 5 posh areas in Lucknow
In this article, we list the top five posh localities in Lucknow, along with the property prices and rentals in these areas
Sunita MishraJul 2020 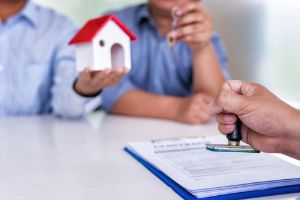 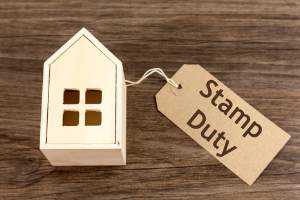 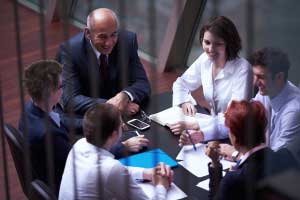 How will COVID-19 impact investment in land?
We look at how the Coronavirus pandemic is likely to affect individuals’ and organisations’ approach towards investments in land
Sneha Sharon MammenJul 2020

5 posh areas in Lucknow
In this article, we list the top five posh localities in Lucknow, along with the property prices and rentals in these areas
Sunita MishraJul 2020 UP to waive penal interest on builders, for litigation-hit projects
The Uttar Pradesh government has decided to excuse builders from penal interest and other dues, for the period their project is stalled due to litigation, if they pass on this benefit to the home buyers
PTIDec 2019 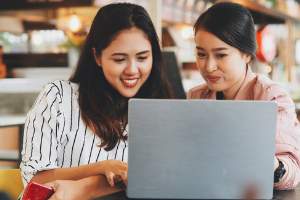 Things to keep in mind when investing in co-living spaces for rental income
Does it make sense for a property buyer to invest in a co-living space or convert an existing property into one, to earn rental income? We examine the demand for such spaces and their main drawbacks, to help you make a decision
Amit SethiAug 2019 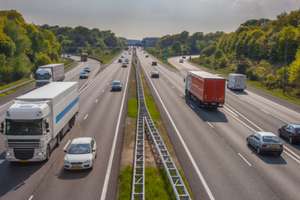 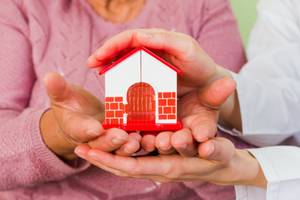 Senior housing sector in India may touch USD 7.7 billion by 2030: PHD Chamber report
The senior housing sector in India has the potential to reach USD 7.7 billion by 2030, from USD 1.26 billion in 2016, with the southern and western regions accounting for a majority of such projects, says a report by the PHD Chamber of Commerce and Industry
Housing News DeskSep 2017 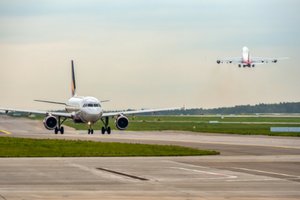 AAI signs MoU for 20-year master plan, to develop Kolkata, Lucknow airports
In a move to support the rapid growth of Kolkata and Lucknow airports, the Airports Authority of India has signed a memorandum of understanding with the US Trade and Development Agency, for a 20-year master plan to expand the operational capacities of the airports
PTISep 2017 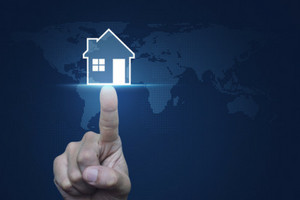 How many ready to move RERA certified projects are available for sale in Mahanagar, Lucknow?

There are 2 ready to move RERA certified projects available in Mahanagar, Lucknow.

What are the top ready to move RERA certified projects in Mahanagar, Lucknow?

The best ready to move RERA certified projects in Mahanagar, Lucknow are:

What are the best areas to buy RERA certified projects in and around Mahanagar, Lucknow?

The best areas to buy RERA certified projects in and around Mahanagar, Lucknow are:

What are the top upcoming RERA certified projects in Mahanagar, Lucknow?

The top upcoming RERA certified projects in Mahanagar, Lucknow are:

What are the best luxury projects in Mahanagar, Lucknow that are RERA certified?

Most Popular Projects around Mahanagar

Popular searches for properties in Mahanagar

Ready to Move Projects in Mahanagar ₹74.35 L - 1.95 Cr
EMI starts at ₹46.37 K
8.7 km from
Mahanagar
One Oak Atmos
RERA
Marketed by Meenakshi
Badhamau, Lucknow
Configurations
3, 4 BHK Apartments
Possession Starts
Apr, 2022
Avg. Price
₹4.65 K/sq.ft
Located in the bustling area of Gomti Nagar in Lucknow, the Atmos is a plush residential project. Developed by the real estate group One Oak Realcon, this project can be the best fit for someone who likes to strike a fine balance between the good life and career. Thoughtfully planned-out homes that offer the best of comforts, you will surely be impressed on your very first visit to this project site. Keeping in mind the needs of all ages, a wide array of amenities are being offered to the investors, like a swimming pool, indoor games arena, kids playing zone, a well-equipped gymnasium and more...Collapse
M
Meenakshi
Seller

₹38.29 L - 1.02 Cr
EMI starts at ₹23.88 K
10.0 km from
Mahanagar
Viraj Sun Breeze 2
RERA
Marketed by City1one Realtos
Semra, Lucknow
Configurations
2, 3, 4 BHK Apartment, Penthouses
Possession Starts
Mar, 2020
Avg. Price
₹4.76 K/sq.ft
Sunbreeze-II promises its residents a luxurious lifestyle at a very affordable rate. Being situated in a calm, pollution free and serene surroundings, the project offers peace of mind to the occupants. The exquisite homes are designed artistically with elegance and finesse. The accommodations come equipped with various necessary amenities. The residential units are designed in such a way that not even a little space is wasted. The big homes with ample cross ventilation cocoon its occupants and they do not feel cramped for space ever. Special care has been taken to ensure that the apartmen...Collapse ₹50 L - 60 L
EMI starts at ₹31.18 K
12.9 km from
Mahanagar
Prem Vihaan Heights
RERA
Marketed by Amit Kumar
Vrindavan Yojna, Lucknow
Configurations
2.5, 3 BHK Apartments
Possession Status
Under Construction
Avg. Price
₹4.00 K/sq.ft
Vihaan Heights is a plush residency that comprises of opulent homes that exude sophistication. Your own living place simplifies easy connectivity to all points of interest in each and every corner of city. Being very well planned with modern features, the unique homes of Vihaan Heights are situated amidst green environment which gifts you a greener living. People living here will be offered with all types of facilities that they always desired for. It showcases clean and serene ambiance where you can love to enjoy each moment of life cherishing for a bright and secure future.Collapse
AK
Amit Kumar
Seller + 1 more 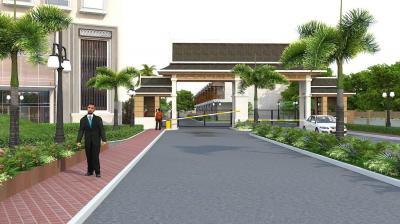 Price on Request
1.3 km from
Mahanagar
Anee Shakti Apartment Phase 1
RERA
By Anee Shre Sai Infra Private Limited
Indira Nagar, Lucknow
Configurations
1, 2 BHK Apartments
Possession Starts
Sep, 2019
Shakti Apartment Phase 1 is one of the best real estate residential project developed by the Anee Shre Sai in the Indira-Nagar area of Lucknow. The developers are known for their quality of work the apartments of this complex range between 591 sq. ft. to 1055 sq. ft. carpet area. The project is presently under construction process and will be ready by the end of this year.The plan of this project is uniquely designed with all the modern amenities such as landscaped gardens, 24 hours security services, playground area, lift facility, 24 hours electricity facility, and many more. The schools, c...Collapse
AS
Anee Shre Sai Infra Private Limited
Developer ₹45.6 L - 74.1 L
EMI starts at ₹28.44 K
2.4 km from
Mahanagar
MI Central Park
RERA
By MI Builders Ltd
Butler Colony, Lucknow
Configurations
2, 2.5, 3 BHK Apartments
Possession Starts
Oct, 2021
Avg. Price
₹3.80 K/sq.ft
Own a dream home at Central Park, a project by MI Builders Ltd, and be a part of the ultra-modern lifestyle the project has to offer. Central Park offers luxuriously designed 2 BHK and 3 BHK apartments with sizes ranging from 1,200 square foot to 1,950 square foot at Butler Colony, Lucknow.This gated community comes with all luxurious amenities designed for an ultra-modern living. It includes a jogging track, swimming pool, gymnasium, children's play area and landscaped garden.Central Park is a perfect choice of residence for all those who want to enjoy the benefits of a city life. It is centr...Collapse Price on Request
3.1 km from
Mahanagar
Manas Luxury Villas
RERA
By Reputed Builder
Indira Nagar, Lucknow
Configurations
3 BHK Villa
Possession Status
Ready to Move
Indira Nagar, Lucknow is home to luxurious housing complex Manas Luxury Villas. Magnificent, beautiful and comfortable 3 BHK villas are available in the complex. Built-up area available for the spacious villas is in the range of 1800 to 1850 sq ft. Power back-up, car parking areas, rain water harvesting, regular supply of water and all other amenities also which provide comfort of living are available in the housing. Villas in Manas Luxury Villas can be bought on resale.Collapse

₹76.26 L - 1.07 Cr
EMI starts at ₹44.59 K
4.4 km from
Mahanagar
Eldeco Luxa
RERA
By Eldeco
Mohibullapur, Lucknow
Configurations
2, 3, 3.5 BHK Apartments
Possession Starts
Dec, 2024
Avg. Price
₹7.97 K/sq.ft
Residential project, Eldeco Luxa in Lucknow is offering units for sale in Mohibullapur. Check out some Apartment that suit your lifestyle and liking. Possession date of Eldeco Luxa is Dec, 2024. The property offers 2 BHK, 3 BHK, 3.5 BHK units. As per the area plan, units are in the size range of 813.75 - 1157.12 sq.ft.. This residential project was launched in August 2017. It has 84 units. There are 2 buildings in this project. Contact for further details. Eldeco Luxa is located in Mohibullapur.The property has Fire Fighting Systems.Eldeco Luxa follows all rules as prescribed by the state RERA...Collapse 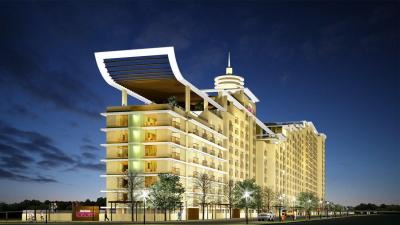 ₹15.98 L - 57.19 L
EMI starts at ₹9.97 K
4.5 km from
Mahanagar
Horizon Anant
RERA
By Horizon Dwellings Pvt. Ltd.
Gulistan Colony, Lucknow
Configurations
1, 2, 3 BHK Apartments
Possession Status
Ready to Move
Avg. Price
₹3.05 K/sq.ft
Horizon Anant is one of the most luxurious projects that offers all the modern facilities for the residents' comfort and convenience. This property comprises of elegant abodes that are equipped with state-of-the-art facilities and most importantly provide all the provisions to enjoy latest and advanced conveniences. The residence is spread over vast and open spaces thereby giving the residents a chance to experience the spacious and serene environment. Investing in Horizon Anant will be quite beneficial as one can experience a new level of comfort and luxury.Collapse 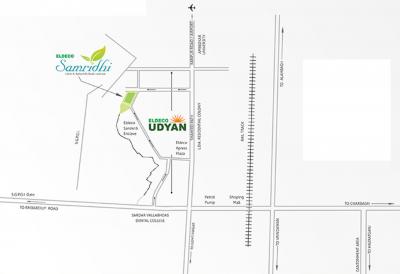 ₹48.75 L - 92.18 L
EMI starts at ₹30.41 K
4.6 km from
Mahanagar
Eldeco Samridhi Plot
RERA
By Eldeco
Gomti Nagar, Lucknow
Configurations
Residential Plots
Possession Starts
May, 2023
Avg. Price
₹4.03 K/sq.ft
Enjoy the comfort of a complete life and step into the world of luxurious lifestyle of villa living at Eldeco Samridhi. The project is nestled on 200 acres, fully inhabited township of Eldeco Udyan-ll. The project developed by Eldeco consists of independent villas designed in a modular concept that allows you to build additional rooms and spaces as per your whims and fancies. The style of these villas creates a sensation of grandeur enclosed by landscaped greens. Revel in the quiet surroundings of Rai Bareilly, the prime location of these villas that enables easy access to all essentials in th...Collapse