Twenty-four companies have already offered to come and set up ventures in the JNPT special economic zone (SEZ) to use it for exports, Union Shipping and Ports Minister, Nitin Gadkari said, at a seminar on December 9, 2017. This will entail an investment of Rs 60,000 crores and create employment for 1.25-1.50 lakh people, he said.

Prime minister Narendra Modi had laid the foundation for the facility, months after being sworn-in, in May 2014 and the government was targeting to create 1.50 lakh jobs in the facility. Without disclosing the name of the company, Gadkari said one of the companies has said it ‘on an affidavit’ that it alone will invest Rs 6,000 crores and create employment for 40,000 people.

The comments from the minister came in the backdrop of recent media reports that said Taiwanese contract manufacturer Foxconn, may be one of the interested companies, which will create mobile handset manufacturing at the facility. The government was also hopeful of getting Tesla, arguably one of the most respected companies in the world, to the SEZ, but Gadkari had recently said the battery and transport major was not interested.

JNPT, which has also awarded an over Rs 7,900-crore project, to more than double its container handling capacity, is investing Rs 4,000 crores in the SEZ, which is supposed to be spread over 277 hectares. Gadkari said works of over Rs 2 lakh crores had already started under the ambitious ‘Sagarmala’ project and added that port-rail connectivity would alone witness investment of Rs 1 lakh crore under the project.

He said the ministry is constructing the Indore-Manmad railway line at an investment of Rs 6,000 crores and is also looking to connect neighbouring Thane district’s Kasara and JNPT directly. In order to reduce the container traffic passing through the financial capital and its suburbs, it has asked for land near Vasai on the outskirts, from where the containers can be sent directly on barges to JNPT via the water route, he said. It is also investing Rs 1,000 crores, to build a cruise terminal in the financial capital, Gadkari said, adding that the first of the Mumbai-Goa cruise ships, will be sailing before the end of December. 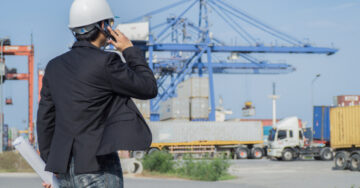