The Delhi government is rolling out several projects, to increase water availability in the city by 15 to 20 per cent in the next two years and 50 per cent in five years, chief minister Arvind Kejriwal said, on July 10, 2018. The chief minister said that Delhi would adopt Singapore’s model for water treatment, under which water from sewage treatment plants (STPs) treated to high quality level, will be taken to Palla and released into the Yamuna channel.

“Water will then flow and travel up to Wazirabad. In the process of travel, the water will further purify in a natural manner. Then, it will be lifted at Wazirabad and treated further at Wazirabad WTP. After final treatment at Wazirabad, the water will be supplied to households, as potable water. These are the datelines for phase-wise rollout of the water treatment process,” the government said in a statement.

Talking to reporters, the chief minister, who inspected the Coronation STP in north Delhi’s Burari, said several projects of the Delhi government would put an end to the city’s water woes. The chief minister added that the work on the Burari STP, would be completed by June 2019. Current, water availability in Delhi stands at 900 MGD (million gallons daily), he said. The demand, on the other hand, is around 1,100 MGD.

“Rolling out several projects to increase water availability by 15-20% in the next 2 years and by 50% in the next 5 years. Hopefully, no water problem in Delhi after that,” Kejriwal said on Twitter. “Till then, as projects start, water problem would keep decreasing (No increase in water availability for several years before our government) (sic),” Kejriwal tweeted after his inspection.

On the recharge of underground aquifers, the chief minister said at least 200 out of the city’s 1,200 water bodies, would be revived in the first phase. “Reviving these lakes will lead to increase in groundwater level in the surrounding areas. We also plan to inject treated STP water into the ground, to ensure that the groundwater level does not fall, especially in areas where the groundwater level is fairly high as of now,” Kejriwal said.

He said that the Delhi government has held talks with the Uttar Pradesh government, to concretise the canal through which water comes to the national capital from the neighbouring state. “The UP government has suggested that a consultant be hired, to look into the possibility of concretising. The Delhi government will bear the entire cost, which may lead to saving of around 150 MGD water, as currently a lot of water is lost due to seeping,” the chief minister added. 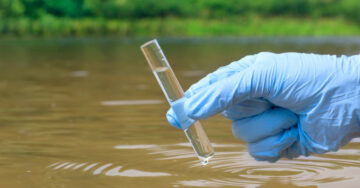 [fbcomments]
For any feedback, write to us at editor@housing.com.
https://seo.housing.com/api/v1/housing_news?tags=Burari,Delhi,Groundwater,sewage%20treatment%20plant,Uttar%20Pradesh,Wastewater%20treatment,water,Water%20Supply,Wazirabad,Yamuna