Major property markets in India registered only negligible growth in prices in the past half a decade amidst consumer sentiment hitting a new low, shows PropTiger.com data. This is evident from the fact that the residential market in Mumbai saw a compounded annual growth rate (CAGR) of a meager 2.8% since 2015. Average property values in the Maximum city, which is listed among the most expensive property markets internationally in global surveys, currently stand at Rs 9,446 per square foot (psf).

In what is popularly known as India’s information technology capital, property values increased at 2.1% CAGR between December 2015 and 2019. In global surveys, forecasting future growth centres, Bengaluru invariably finds a mention.

“If you factor in inflation, growth would appear more negative than positive,” says Dhruv Agarwala, Group CEO, Elara Technologies, adding that the demand slowdown has kept price growth in check.

During the five-year period, which saw several developers being dragged to insolvency tribunals over large-scale project delays, property values increased sharply in Hyderabad at 7% CAGR.  This growth, however, is largely attributed to the fact that this property market had a low base price till 2014, the year in which Andhra Pradesh was bifurcated, putting a full-stop to a prolonged period of political uncertainty.

Noida and Gurugram, the two mega residential markets in the national capital region (NCR), on the other hand, saw negative CAGR during the five-year period. At 7%, Gurugram saw the sharpest absolute change in prices since 2015, with prices hitting Rs 5,236 psf in December 2019.

Despite a 3% CAGR, property in Ahmedabad is still the most affordable in India. At Rs 2,974 psf, average value of apartments is the lowest in this commercial city in Gujarat. Following Ahmedabad is Noida, where prices have touched Rs 3,922 psf, at -0.8% CAGR.

There was a 4% absolute change in property prices in Kolkata since 2015. The City of Joy continues to be an affordable market, with average prices standing at Rs 4,874. A similar percentage change was seen in Chennai too where the average price at present is Rs 5,221 psf. 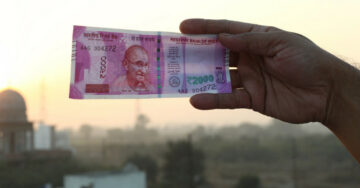 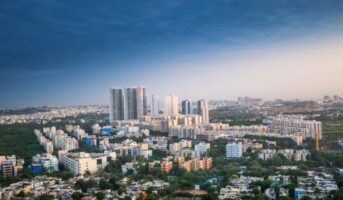 How Hyderabad became the best-performing realty market amid a nationwide slowdown.