A proposal, for acquisition of 1,334 hectares of land in Jewar for an international airport, has been sent to the Uttar Pradesh government by the Gautam Buddh Nagar administration, officials said, on October 17, 2018. After examining the proposal, the state government would issue a notification under Section 11A of the Right to Fair Compensation and Transparency in Land Acquisition, Rehabilitation and Resettlement Act, 2013, for the acquisition of the land, District Magistrate (DM) Brajesh Narain Singh said.

“I am happy to announce that the requisite 70 per cent consent from the land owners has been taken for the project. In fact, 72 per cent of them have consented to the land acquisition. All formalities have been completed at the district level and a proposal has been sent to the government,” the DM said. Under the Right to Fair Compensation and Transparency in Land Acquisition, Rehabilitation and Resettlement Act, 2013, the consent of at least 70 per cent of land owners is mandatory, for a government to proceed with land acquisition for any such project.

“The next step is that the appropriate government has to express its intent, to acquire the land for public purpose under Section 11A of the Act. So, the collector, in this case the additional district magistrate (land and acquisition), has sent the proposal with our approval to the state government, after fulfilling all formalities. The government will examine it and issue the notification under Section 11A for the land acquisition,” Singh explained.

He said the Social Impact Assessment (SIA) report and Social Impact Management Plan (SIMP) for the affected region, have already been approved by the government. According to the SIA report, 5,905 families will be impacted by the project and out of these, 5,007 are farmers’ families while 898 are landless families. “Around 1,775 families from three villages – Rohi, Dayanatpur and Kishorepur – will likely have to be rehabilitated, due to the project. A total of 4,235 of the families have given their consent for the project, around 72 per cent, which fulfils the requisite legality of at least 70 per cent consent for carrying out any such land acquisition,” the administration said in a statement.

The district administration said when chief minister Yogi Adityanath had visited Gautam Buddh Nagar on August 3, 2018, to talk to the farmers about the project, his instructions were clear to the administration: ‘Get the project negotiated at the earliest and the farmers must be taken into confidence before moving ahead’. “Our team has worked really hard for this and I believe the process has been very fair, transparent and democratic. The proposal has been scrutinised and the farmers have been taken into confidence. A very fair process has been adopted,” the DM said.

Some landowners, including farmers, had initially resisted the land acquisition, citing various reasons such as inadequate compensation amount and related benefits, besides the resettlement policy. The proposed airport is expected to be operational by 2022-23. 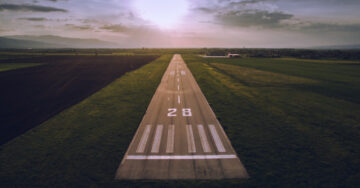 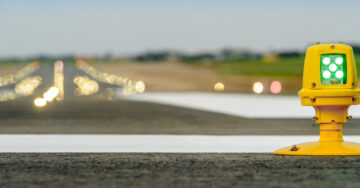