A Scottish university, on January 17, 2018, announced an agreement with the New Town Kolkata Development Authority (NKDA), to collaborate on a new satellite city in West Bengal. The agreement will see academics from the Institute for Future Cities (IFC) at University of Strathclyde, work with officials at the NKDA, on research and the sustainable development of the smart city, dubbed New Town Kolkata.

“India will be the world’s second-largest source of urban growth in the next 30 years, with hundreds of millions more Indians moving to cities. We need to ensure the cities of the future are sustainable, both, economically and environmentally and are good places to live,” said Richard Bellingham, director of IFC. “New Town Kolkata is a major initiative, which is a good match for the skills at the University of Strathclyde, which places an emphasis on ‘useful learning’. This is the kind of collaboration, where our research and expertise can be put into practice in the real world,” he added.

New Town is a rapidly-expanding planned residential and information technology hub to the north-east of Kolkata, covering 11 sq miles, with a current population of 30,000. The Strathclyde researchers will share expertise, data and identify issues for joint action, with a focus on key issues for Kolkata – including sustainable energy, reducing pollution, increasing resilience and optimising transport systems.

The agreement, signed by Bellingham, was exchanged with Debashi Sen, additional chief secretary, IT, West Bengal, by Bruce Bucknell, the British deputy high commissioner. Sen noted: “New Town is already approved as one of the 100 smart cities of India. It is also an IT and educational hub. It aspires to be a future-ready, green and happy city. The collaboration with the Institute of Future Cities, will help New Town to move in that direction at an accelerated pace.” The pact follows a business delegation led by West Bengal chief minister Mamata Banerjee to Scotland in November 2017.

University of Strathclyde said its agreement with NKDA follows two separate collaboration agreements, signed between Strathclyde and Tata Institute of Social Sciences in Mumbai and The Energy and Research Institute (TERI), Delhi. The Institute for Future Cities at the University of Strathclyde brings together governments, businesses, academics and citizens, to imagine and engage with the future of our cities and explore how to make cities more successful, healthier, safer and more sustainable for us all. 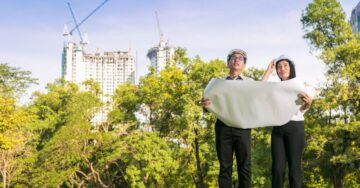 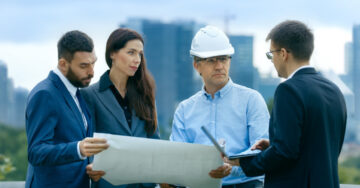 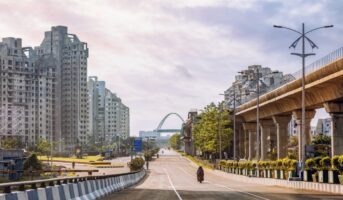 [fbcomments]
For any feedback, write to us at editor@housing.com.
https://seo.housing.com/api/v1/housing_news?tags=Bengal,IFC,Institute%20for%20Future%20Cities,New%20Town,New%20Town%20Kolkata,New%20Town%20Kolkata%20Development%20Authority,NKDA,Satellite%20city,smart%20city,TERI,The%20Energy%20and%20Research%20Institute,University%20of%20Strathclyde,west%20bengal