Thane, on the outskirts of Mumbai, is a real estate market that has a plethora of options for property buyers. Infrastructure development has been the key differentiator that sets Thane apart, from the other realty markets in adjoining areas. Sushil Raheja, CEO of Raheja Homes Builders and Developers, maintains that there are several factors that attracts home buyers to Thane.

Check out price trends in Thane

Owing to these reasons, Thane shall soon score over the Mumbai Metropolitan Region (MMR), feels Raheja.

Experts point out that Thane’s connectivity, will play the main role in its development. “It is accessible from a network of roadways, such as Ghodbunder Road, JVLR, SCLR, Eastern Freeway, NH-8, Mumbai-Nashik Highway and the Thane-Belapur Road. This makes it easy to commute to neighbouring areas and the main city,” explains Dharmesh Jain, chairman and managing director, Nirmal. “A wide variety of choices and upcoming constructions, have increased Thane’s popularity as a residential and commercial hub. Contradictory to land-starved main city areas, which are plagued by congestion and traffic issues, Thane has green areas, well planned infrastructure and open spaces, offering a more enriched living,” adds Jain.

The municipal corporation has also come up with the ‘Vision 2031 Thane’, which focuses on infrastructure, financial accounting procedures and overall building capacity. Thane also has a strong presence of commercial realty, businesses and offices, which is only expanding and has been vital for increasing the overall potential of the area. Consequently, Thane was one of the few destinations that continued to remain stable even after demonetisation and the various reforms that were introduced.

What type of home should you buy in Thane?

Experts suggest that home seekers who can afford to wait for a few years, should buy an under-construction property, as they come at lower price points and the payment can be spread over a period of time.

Nevertheless, Thane also has a good supply of ready-to-move-in homes, for those who want to move in immediately. Amenities like parking spaces, play areas for children and recreation centres, are now available in many projects and must be considered, before purchasing.

Check out properties for sale in Thane

Thane: A residential destination in sync with modern home buyers.

Thane emerges as best destination for home buyers among MMR. 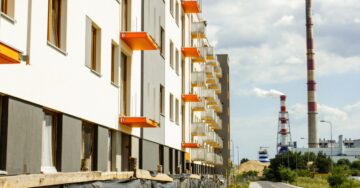 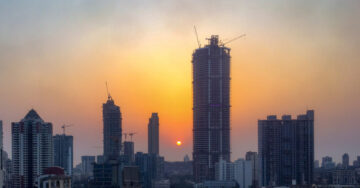