Improving infrastructure has helped Andheri east, to transform from an industrial area, to a sought-after residential destination in Mumbai, over the years. From a region that was primarily known for the MIDC and SEEPZ, Andheri east slowly became home to office spaces and IT hubs and is now witnessing steady growth in housing projects.

“Areas like Marol, Saki Naka, Chakala, Jogeshwari-Vikhroli Link Road, Chandivali and Powai, have witnessed tremendous residential growth. Andheri also lies in the vicinity of other commercial hubs like Bandra-Kurla Complex and Lower Parel and suburban areas like Mulund and Vikhroli, thereby, attracting investments from builders, as well as buyers. Hence, what was once a bustling commercial hub, has now transformed into a potential residential hub,” explains Hiral Sheth, director – marketing, Sheth Creators.

“The northern suburbs along the Western Express Highway, are looking better in terms of residential demand. This is an ideal time for end-users and long-term investors, to make their move,” says Nair.

Investors are now focusing on strategically located residential projects by reputed developers, as these projects are witnessing significant appreciation in prices, he adds.

Good connectivity and scope for future growth, have attracted developers to invest in Andheri east.

Presence of the metro rail and its proximity to the Western as well as Eastern Express Highways, make it easy to reach any part of Mumbai. Moreover, it is also close to the international airport. In terms of social infrastructure, the area also boasts of hospitals, educational institutions, multiplexes, five-star hotels and numerous restaurants.

Compared to Andheri west, the property rates in Andheri east are quite affordable.

“Property rates in Andheri east are approximately 30% lesser than in Andheri west. This affordability, makes it an ideal investment destination that caters to both, the middle and upper middle-class buyers. The prices for luxury projects, approximately start at Rs 1.5 crores and may go up to Rs 8 crores,” elaborates Sheth.

Various corporate offices have come up in Andheri east, Chandivali and Powai, in the last decade. Consequently, the demand for residential property in Andheri east has risen. While residential markets like south Mumbai have remained stable, the average prices in Andheri, have increased over several years, says Surabhi Arora, senior associate director – research, Colliers International. “In fact, the appreciation in prices, has been a major factor in the improved infrastructure. However, the rental rates for luxury residential apartments have remained stable over the last three years, due to abundant new supply,” adds Arora.

In the last few years, developers like HDIL, Oberoi Realty, Rustomjee, Kanakia Spaces, Hubtown, Nahar Group, Kalpataru, Lodha Group, Sheth Builders and others, have launched their projects in this area. Home buyers, hence, have plenty of options to choose, from budget homes to luxury apartments, in Andheri east. 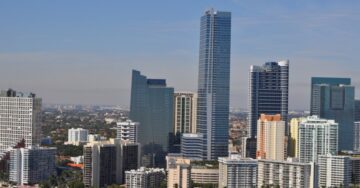 [fbcomments]
For any feedback, write to us at editor@housing.com.
https://seo.housing.com/api/v1/housing_news?tags=Andheri%20east,Chakala,Chandivali,Colliers%20International,HDIL,Hubtown,JLL%20India,Jogeshwari-Vikhroli%20Link%20Road,Kalpataru,Kanakia%20Spaces,Lodha%20Group,Marol,MIDC,mumbai,Nahar%20Group,Oberoi%20Realty,Powai,property,real%20estate,Rustomjee,Saki%20Naka,SEEPZ,Sheth%20Builders,Sheth%20Creators