Home » Current News » Biodiversity parks along the Yamuna, in a phased manner: DDA to NGT

The Delhi Development Authority (DDA), on November 22, 2017, told a bench headed by the National Green Tribunal (NGT) chairperson justice Swatanter Kumar that the principal committee constituted by the green panel, has approved its plan to develop biodiversity parks in different phases, along the banks of the Yamuna river.

“Counsel appearing for the DDA submits that the plan prepared by the DDA, for setting up the biodiversity parks and beautification of the floodplains on Yamuna in the NCT of Delhi, has also been approved by the principal committee. However, they had mentioned that it could be in phased manner,” the bench noted.

The tribunal, in January 2015, had directed the DDA to develop biodiversity parks along the Yamuna’s banks in the national capital, so that the floodplains could be made into spots of scenic beauty. It had said that development of the floodplains has to be strictly done, keeping biodiversity intact and ensuring that no major construction activity is allowed on the floodplain.

The tribunal had earlier rapped the AAP government and the Delhi Jal Board, for not filing their replies to show-cause notices, on why contempt proceedings should not be initiated against them for delaying compliance of orders on the Yamuna cleaning project. The green panel had said that pollution in the Yamuna was of serious concern, as the river was highly contaminated by industrial effluents and sewage.

It had also asked Haryana and the Himachal Pradesh Pollution Control Board, to jointly conduct a study of water quality and the flow of Yamuna at the point it enters Haryana and submit the list of industries located in the catchment area. The green panel had noted that almost 67 per cent of the pollutants reaching Yamuna, would be treated by the two sewage treatment plants at Delhi Gate and Najafgarh, under the first phase of the ‘Maili se Nirmal Yamuna Revitalisation Project’. 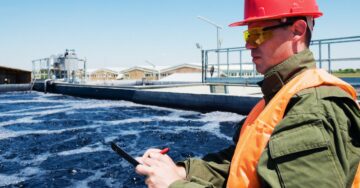