Home » Property Trends » Budget 2018: A populist budget, but not for real estate

Finance minister Arun Jaitley’s Union Budget for 2018-19, by and large did not have any major announcements for the real estate sector. While developers have termed Budget 2018 as a pro-buyer populist budget, home buyers point out that it is not a pro-home buyer budget.

Prior to the budget, the real estate sector had several demands that could have helped both, the builders and the buyers. The developers had been asking for industry status, which could have recognised the sector as a priority sector. This could have helped them to avail of finances at lower interest rates and brought down the cost of construction, thus, lowering the property prices for the buyers.

What could have also helped the cause of buyers and the builders, was higher deductions being allowed for land cost, in place of the existing deduction of 33 per cent. This would have lowered the Goods and Services Tax (GST) liability of the buyers, while giving some respite to builders who spend up to 70 per cent on land cost, in cities like Mumbai, Bengaluru or Gurgaon. Moreover, had the budget made provisions to club the GST and stamp duty in an under-construction property, it would have simplified the multiple taxes and made builders and buyers happy.

Mani Rangarajan, Chief Business Officer – Platform Business Unit, Housing.com, states that “Union budget 2018 has attempted to be inclusive and empower sectors like agriculture, infrastructure and for that I laud it. However, now more than ever, as the real estate sector grapples with the combined effect of muted demand, a post RERA, GST and demonetisation era, I believe industry status for the real estate sector, combined with a higher interest deduction for home buyers, would have been a much-needed reprieve for the industry.”

Budget 2018: Catering to the common man and the economy

According to Kishore Bhatija, managing director, real estate development, K Raheja Corp, Budget 2018 was a populist budget, catering to the needs of the common man and the economy. The budget has provided financial allocations, towards the government’s larger vision of ‘building the nation’ and ‘Housing for All’, he says. “The budget’s capital expenditure, focussing on key sectors such as agriculture, infrastructure and housing, will together provide the necessary momentum and thrust to the economy. Changes in corporate taxation will incentivise many to invest. Overall, the budget aims to create an environment for inclusive growth and usher transparency. The real estate industry was seeking some important announcements, like industry status, streamlining of taxation norms for REITs, rationalisation of GST and extension of tax sops for SEZ units, which we hope will be addressed soon,” adds Bhatija.

Amarjit Bakshi, managing director, Central Park, agrees that after laying the foundation for a more robust and organised real estate sector, one anticipated further measures from the government, by way of lowering the GST rate, allowing single-window clearance and according industry status to the real estate sector. “Nevertheless, the government’s continued focus on affordable housing, with the establishment of a dedicated fund, will further boost the Pradhan Mantri Awas Yojana (PMAY) scheme. Greater focus on developing infrastructure, by way of increased budget allocation for highways and acceleration of rural roads’ construction, are welcome moves that will drive greater socio- economic development around these regions,” says Bakshi.

See also:  Budget 2018: Is there a hidden silver lining for the real estate sector?

JC Sharma, VC and MD of Sobha Limited, agrees that the government’s proposal, to create a dedicated affordable housing fund in the National Housing Bank (NHB) through various funding measure, will give the right impetus to the segment. This is in addition to benefits such as reduced GST rate of eight per cent for the segment and revised consideration of carpet area of 30 and 60 sq metres, instead of the built-up area of 30 and 60 sq metres announced last year. “These measures indicate governments focus on boosting the housing sector and meeting the requirements of the middle-class. Additionally, the finance minister’s proposal, to provide that no adjustment shall be made in a case where the circle rate value does not exceed five per cent of the consideration, is a welcome step,” Sharma maintains.

Given the limited announcements for real estate, it remains to be seen how many builders would foray into rural affordable housing to avail of the government’s incentives over there. Home buyers too are a disappointed lot, as the budget neither incentivised home buying nor could did it offer anything for rental housing in cities.

An unpopular budget for real estate

Budget 2022: Expectations of the real estate sector and challenges ahead. Union Budget 2022: Are there any long-term benefits for home buyers and developers?. 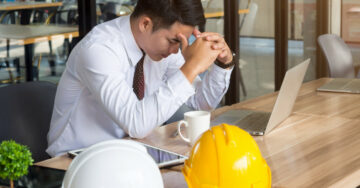 [fbcomments]
For any feedback, write to us at editor@housing.com.
https://seo.housing.com/api/v1/housing_news?tags=affordable%20housing,Affordable%20Housing%20Fund,Bengaluru,Budget%202018,Central%20Park,circle%20rate,goods%20and%20services%20tax,GST,gurgaon,Housing%20for%20All,K%20Raheja%20Corp,mumbai,National%20Housing%20Bank,NHB,PMAY,Pradhan%20Mantri%20Awas%20Yojana,REIT,Sobha%20Limited,stamp%20duty,Union%20Budget%202018-19