The commission awarded Kumar interest on the principal amount after noting that he had taken a loan from a bank for buying the apartment and had undergone ‘mental agony’ and ‘monetary loss’ as Golden Peacock Residency Private Limited, the developers, failed to deliver possession of the flat. It also directed the developer to pay Rs 25,000 to Kumar towards litigation costs.

According to Kumar’s complaint, he was looking for a residential accommodation upon his return to India from Tokyo and had booked an apartment with Golden Peacock Residency in its project, ‘Michael Schumacher World Tower’, in Gurgaon, Haryana. By September 2015, Kumar had paid Rs 4.12 crore in total. Kumar alleged in his complaint that during his visit to India in 2015, he was ‘shocked’ to see that the construction work had been completely stopped since 2015.

He was informed that there was some dispute with the construction company due to which the work had stopped. However, he was assured that the project would soon be completed. Despite repeated assurances, the construction was never resumed and in April 2018, Kumar found that the site office of the developers was locked, after which he sent them a legal notice.

Buyers cannot be made to wait indefinitely for possession of property, says NCDRC

Buyers cannot be made to wait indefinitely for possession of their properties, under the pretext of the force majeure clause, the apex consumer court has said

May 23, 2019: The National Consumer Disputes Redressal Commission (NCDRC) has said that housing developers’ action of relying on the clause of force majeure, while retaining the amounts deposited by the complainant, is not only an act of deficiency of service but also of unfair trade practice. The apex consumer court made the observation while directing a Gurugram-based developer to refund over Rs 1.15 crores to a man, for not delivering his flat on time. Force majeure is a contract provision which relieves parties from performing contractual obligations if unforeseeable circumstances beyond their control arise.

“We are of the view that the complainant cannot be made to wait indefinitely, for the delivery of possession and the act of the opposite party (developer) in relying on Force Majeure clause, while retaining the amounts deposited by the complainant, is not only an act of deficiency of service but also of unfair trade practice,” the commission’s bench comprising president RK Agrawal and member M Shreesha said.

The bench passed the order while allowing a complaint filed by Ashok Kumar Taneja, who had booked an apartment with Orris Infrastructure Private Limited in Gurugram and paid over Rs 1.15 crores, from May 2012 to December 2016. According to the complainant, the developer had promised to hand over the possession of the apartment in December 2015. He said more than 7 years had lapsed from the date of agreement but he had not got the property.

The bench also held as ‘extremely unfair’ and ‘one-sided’, the force majeure clause along with others, such as the developer charging interest at 18% for any delay in payments made by flat purchasers, but at the same time if the project is abandoned, refund would be made at an interest of 9% only. The commission allowed Taneja’s plea and directed the developer to refund the principal amount, that is, over Rs 1.15 crores, with interest at 12% per annum. It also directed the developer to pay litigation cost of Rs 25,000 to Taneja. “The complainant cannot be made to wait indefinitely for possession of the unit, as the construction is yet to be completed even after a period of more than 7 years from the date of agreement. Therefore, we are of the considered view that the complainant is entitled for refund of the principal amount, with reasonable interest,” said the Commission.

The counsel appearing for the developer submitted that the time given for completion of the project before the RERA was June 30, 2020 and it would be completed, as on that date. However, Taneja’s counsel said that he was not willing to wait till June 30, 2020, for taking possession, as the promised date of delivery of possession was way back in December 2015. 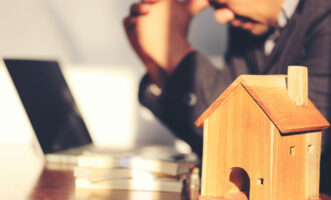 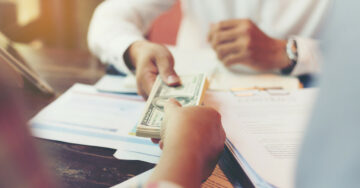 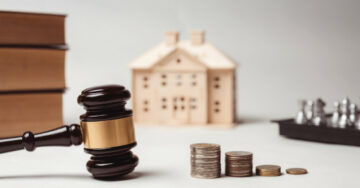