The cabinet, on November 10, 2017, approved Rs 25,703 crores, for development of an exhibition-cum-convention centre (ECC) at Dwarka, to put the national capital in the league of Shanghai, Hong Kong and Singapore in the exhibition market, an official statement said. The ECC and allied infrastructure will be developed in public-private partnership (PPP) and non-PPP mode (including exhibition and convention spaces, arena, trunk-infrastructure, metro/NHAI connectivity, hotels, office and retail spaces) by 2025.

It is estimated that the proposed ECC facility, once fully operational, will infuse a demand for more than 100 major international and local exhibition events annually, the release said. The number of persons visiting the exhibition facility annually (paying visitors) is estimated to be more than 10 million in the first phase (2019-20) and 23 million after completion of the second phase (2025). Similarly, convention-based delegate attendance is estimated to cross 1.5 million annually, after successful completion of the second phase of the project.

“The project is estimated to generate over five lakh direct and indirect employment opportunities. The job creation will happen in core ECC facilities, as well as in supporting ECC land uses like retail, office and hospitality,” it added. Giving further details, the release said the government will create a Special Purpose Vehicle (SPV) for the implementation and development of the project, with 100 per cent equity from the government through the Department of Industrial Policy and Promotion. The government of India will provide budgetary support of Rs 2,037.39 crores to the SPV as equity, over a period of three years, to fund trunk infrastructure, a part of exhibition centre, foyer, convention centre, metro connectivity, NHAI road connectivity, among others.

Conferences and exhibitions are vital links to connect local manufacturers with global buyers and to serve as a platform for exchange of business ideas. “India lacks an integrated world class facility, which can meet the requirements of global exhibition-cum convention centre operators in terms of space, project facilities and transportation linkages at a large scale. Development of the ECC at Dwarka, accompanied with supporting components, once fully operational, is expected to bring New Delhi in the league of Shanghai, Hong Kong and Singapore in the area of the exhibition market,” the release said. 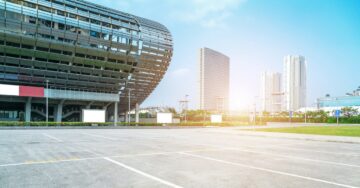 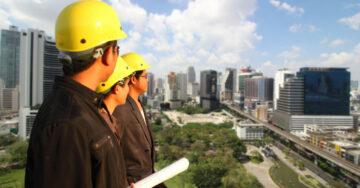