The Calcutta High Court has directed the Kolkata Metro Rail Corporation (KMRC) to send notices to the occupiers of five old buildings in the Burrabazar-BBD Bag area, which need repairs, for evacuating these during the period when tunnelling for the metro corridor is done. The buildings, in the heart of the city, are situated above or near the tunnel route and require to be evacuated for the safety of the residents.

Justice Dipankar Dutta also asked the central government, to find out ways to make an exception in the Archaeological Survey of India (ASI)’s heritage building rules, to facilitate the construction of the tunnel, which will also pass through places near or under three such buildings. These three buildings are also situated in the BBD Bag area. Justice Dutta asked the additional solicitor general Kaushik Chanda, to get the opinion of the ministry concerned and inform the court on June 13, 2017, the next date of hearing of the matter.

AFCONS, which is carrying out the construction work of the tunnel, has moved the high court seeking relief over delay, owing to the issues related to the occupiers who are not evacuating and the heritage buildings. AFCONS has claimed that stoppage of the working of huge boring machines that are being used for the purpose, would lead to financial loss to the company and also further delay the completion of work.

The 14.67-km-long east-west metro corridor, connecting Howrah with Salt Lake Sector V, has suffered delays in its completion schedule owing to various reasons. Tunnel boring from the Howrah side is being done and at present, work is on under the Hooghly river. After passing through the riverbed, the metro tunnel will enter the highly-congested Burrabazar area, which is the wholesale trading hub of eastern India.

Committee to examine how to minimise tree-cutting for Mumbai Metro 3. 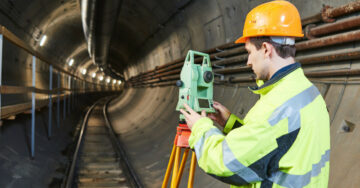 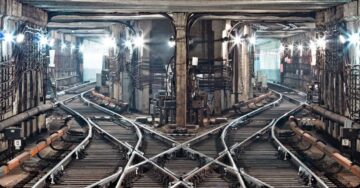 [fbcomments]
For any feedback, write to us at editor@housing.com.
https://seo.housing.com/api/v1/housing_news?tags=AFCONS,Archaeological%20Survey%20of%20India,ASI,BBD%20Bag,Burrabazar,Calcutta%20HC,Calcutta%20High%20Court,East%20West%20Metro,Evacuation%20Notice,Heritage%20building%20rules,Howrah,KMRC,Kolkata%20Metro%20Rail%20Corporation,metro,Metro%20Tunnelling,property,real%20estate,Salt%20Lake%20Sector%20V