Home » Must Knows » Home Loans » Can you claim both, HRA as well as home loan benefits?

The income tax laws allow you to claim various tax benefits, with respect to the house occupied by the assessee – whether it is owned by you or taken on rent.

The tax benefit of house rent allowance (HRA) is available only to a salaried person, who receives HRA from his employer. So, it is not available to a self-employed person, or a salaried person who does not receive any HRA. To avail of the HRA benefit, you should be paying rent for a residential house property occupied by you. The benefit of HRA is not available for rent paid with respect to a residential house that is occupied by any other person, like your parents/siblings, even if they are dependent on you. The HRA benefit is only available with respect to accommodation taken on rent in the city where you generally perform your duties.

It is also not available, in cases where the accommodation is either partly or fully owned by the assessee himself. So, if an employee lets out a property owned by him to his employer and the employer, in turn, allots the same to the employee and recovers some rent on this account, the HRA benefit cannot be claimed. Likewise, if the employee is a joint owner of a property and pays some rent to the other joint owner/s of the property, the HRA benefits on such payment also cannot be claimed.

As per Section 10(13A) read with rule 2A of the income tax rules, the benefit of HRA is restricted to the lowest of the following three amounts:

(b) Excess of rent paid over 10 per cent of basic salary.

(c) 50 per cent of basic salary in case the employees is in any of the four metro cities, or 40 per cent in case he resides in any other place.

So, unless you are actually paying a rent in excess of 10 per cent of your salary, you will not be able to claim any benefit for HRA.

See also: Can you claim HRA for rent paid at your native place?

For claiming deduction on the principal repayment under Section 80C and deduction of interest under Section 24(b) for a home loan, the first condition is that you should be the owner of the house property. You cannot become the owner of the property, if you have not obtained possession of the same. However, this need not necessarily be physical possession and can also be in the form of handing over of the keys. So, this benefit cannot be claimed for an under construction property, till construction is completed and possession taken.

Tax benefit for principal repayment is available, if the home loan is taken from specified persons and that too, for a residential house. Interest benefits are available on residential, as well as commercial properties. The same is available for money borrowed from anyone, including your friends and relatives. For one self-occupied house property, the benefit on interest is restricted to Rs two lakhs per year. If a person owns more than one house and the same are self-occupied, then, the other house/s are treated as if they have been let out and notional market rent is required to be offered, for tax. The Finance Bill 2019 has proposed to increase the number of houses, which you can treat as self-occupied, from one to two.

The law allows a tax payer to own more than one house property. However, he has to opt for only one property as self-occupied, if more than one such property is actually self-occupied. The law, hence, perceives that a person can have more than one self-occupied property, which are owned by him. By the same legal provision, it can be inferred that one can also have more than two houses in his occupation, even if all are not owned by him. So, in addition to the rented house occupied by the tax payer, he can have one more house property as self-occupied. There is no provisions in any of the Sections 80 C, 24(b) or Section 10(13A) (which provide for the tax benefits with respect to HRA and home loans) that restrict the claim of deduction to only either or any of the one and not both. The law believes in the possibility of one person occupying more than one house. This is confirmed by the changes proposed by the Finance Bill 2019 in the income tax laws, allowing one to have two houses as self-occupied houses, instead of one being allowed till now.

Since no such restriction is provided under the law and as the laws contemplate a situation where a person can own and occupy more than one house, in my opinion, one can legitimately claim both the benefits, as long as the conditions for claiming the benefits under the respective sections are complied with.

If the house property owned by the tax payer is in a city other than his place of work, there would not be any problem in claiming both the benefits simultaneously. However, if both the properties, one owned and the other one taken on rent, are in the same city, it may be logically difficult to establish that the tax payer is occupying both the houses. However, if the house owned by you is used by your parents/siblings and you are staying in a rented house, you can claim both the benefits, even if both the houses are situated in the same city.

The benefit should be claimed only in genuine cases and not for tax evasion. So, in case you have let out your own house and receive the rent in cash and have taken a house on rent, it is advised to refrain from misusing the provisions of the law, to evade the legitimate dues to the government. You can also claim both the benefits, if your house is let out and you are declaring the rent in your ITR and are paying rent for another accommodation.

Tax payers must be mindful of the fact that the income tax authorities have upped the ante against persons trying to evade tax payments through foul practices.  Those found guilty of tax evasion, would not only have to pay the tax amount in full but also a penalty over and above that amount. In some cases, the I-T Department also resorts to naming and shaming the culprits. It is, hence, in your best interest, to claim only those benefits, which you are legally entitled to.

(The author is chief editor – Apnapaisa and a tax and investment expert, with 35 years’ experience)

How to claim both HRA and home loan tax benefit

The law believes in the possibility of one person occupying more than one house. This is confirmed by the changes proposed by the Finance Bill 2019 in the income tax laws, allowing one to have two houses as self-occupied houses.

Can we claim HRA and home loan in same city

If the house owned by you is used by your parents/siblings and you are staying in a rented house, you can claim both the benefits, even if both the houses are situated in the same city.

Can I claim HRA if my parents are staying on rent

The benefit of HRA is not available for rent paid with respect to a residential house that is occupied by any other person, like your parents/siblings, even if they are dependent on you. Will a home loan overdraft work for you?. 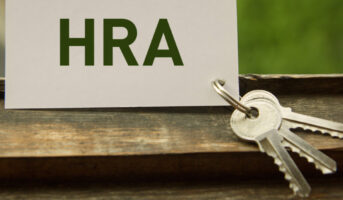