The centre will soon send a team to urge the West Bengal government, to switch over to the Real Estate (Regulation and Development) Act (RERA) to protect home buyers’ interest, an official has said. At a time when the centre was trying to implement the RERA in the country, the West Bengal Housing Industry Regulation Act, 2017 (HIRA), which the state has implemented on its own, is ‘quite disturbing’, the official said.

“West Bengal is the first state in the country post RERA, to come out with a separate Act, deviating and diluting from the RERA 2016 regulations, in favour of builders. This is disturbing. A committee will visit the state shortly,” said Abhay Upadhyay, president of the Forum for People’s Collective Efforts. Upadhyay is part of the four-member committee that will visit West Bengal. “This is a four-member sub-committee of the Central Advisory Council (CAC) and will meet officials of the state, to urge them to implement RERA, keeping the consumers’ interest in mind. We do not understand what the need was, for a new Act by the state,” he said.

Other members of the sub-committee include Niranjan Hiranandani, president, National Real Estate Development Council (NAREDCO), Lt Gen (retd) SK Bahri, chairman of the Federation of Apartment Owners’ Association and Gautam Chatterjee, Maharashtra RERA chairman. A recent report by global real estate consultancy firm Frank Knight, said that Kolkata was the only major market in the country, which lacked a functional RERA. The central government has set up a CAC, to advice on matters concerning the implementation of the RERA.

The minister of state for housing and urban affairs will be the chairperson of the CAC, while it will have eight other members from the central government, including the NITI Aayog CEO. Upadhyay said that the HIRA had been introduced without any consultation process, while the RERA had undergone an extensive and rigourous process for years, including several consultations in Kolkata. RERA has also passed legal scrutiny at the Bombay High Court, he said.

We have found two major dilutions in key provisions of the RERA in HIRA, which was notified on June 1, he said. “The first is ‘force majeure’ or unforeseen circumstances that prevent a builder from fulfilling his obligations. The RERA has clearly stated the circumstances: war, flood, drought, fire, cyclone, earthquake or any other natural calamity. HIRA makes a significant addition to the clause ‘or any other circumstances as may be prescribed’.” The second deviation is on garages. The RERA clearly states that it needs to have a roof and walls on three sides for parking but does not include unenclosed or uncovered parking space. However, HIRA has removed the clause altogether and defined garage as any parking space sanctioned by the government authority, he said. 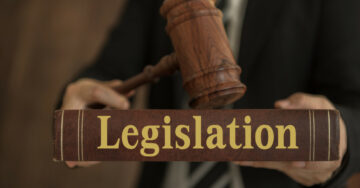 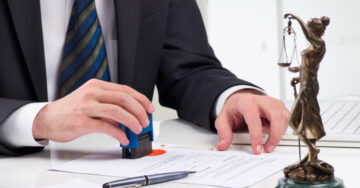