The centre will invite companies from across the world, to showcase their construction techniques and adopt the selected ones, to build affordable houses for poor families in the country, a top official said, on August 25, 2017. The move is in line with the government’s push under the ‘Pradhan Mantri Awas Yojana’ (PMAY) (Urban) project, which aims at providing ‘pucca’ houses to every poor family in the country by 2022.

At present, there is a shortage of 1.2 crore houses in urban areas, Housing and Urban Affairs secretary, DS Mishra told reporters. “It is possible to complete housing projects, which normally takes 2-3 years, within 90 days, with the help of technology. We want to get such technology in India. We will conduct an affordable housing construction technology challenge,” he said.

Firms from across the world would be invited to demonstrate their technology, to build houses at ‘minimum cost and in minimum duration’ by using local materials and adhering to our building norms, he added. The technology provider will have to partner with local firms – either private or public – and will be provided land at six to eight place across the country, where they will demonstrate their construction skills.

The move is in line with prime minister Narendra Modi’s direction, to adopt technologies to build houses faster and at cheaper cost, Mishra said, adding that the initiative will also attract private builders to participate in the affordable housing sector. “In 18 months or so, we will have certain technologies in the country that will construct houses in a shorter span of time,” he said, adding that the ministry was preparing a framework for the challenge.

Stressing that there will be greater urbanisation in the next four to five decades in India than the last 5,000 years, Kant advocated for ‘innovative and sustainable urbanisation’, as the country faces various challenges like scarcity of land, gas and water. “We need to have extremely sustainable and innovative urbanisation, which should become a model for the rest of the world. There are two challenges – how do we use technology and how to compress the speed of construction,” he said. 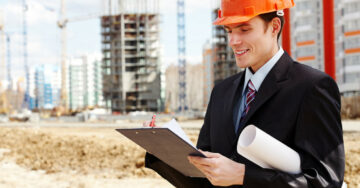