Despite concerns over the fact that the housing market in Noida has a stock of over one lakh units, seasoned players seem to be betting big on its future growth. One important reason, is that properties in this market are still affordable.

Moreover, Noida seems to be emerging as a global city, with Noida Authority chairman, Rama Raman’s vision to shape the city as per the Dubai model. The region is already emerging as a hotspot for new malls in Delhi-NCR. Until now, this trend was only visible in its richer peer market, Gurgaon. Noida is also giving tough competition to its neighbouring markets, in terms of the availability of entertainment options.

The entry of corporate developers, is likely to give Noida’s realty market a fillip. While Godrej Properties has entered the Noida market through a joint development model, there are reports that Tata Housing is also scouting for land deals in the city. Immediately after Godrej Properties announced its entry into Noida this January, its stock prices on BSE went up, indicating keen interest among the organised segment of investors.

Home buyers are also enthusiastic about the entry of corporate brands. Deepti Rajpurohit, an IT executive, feels that the move will not only weed out non-serious players from the market, but also set some benchmarks for professionalism in the business in Noida. According to her, it will herald a new beginning that will make Noida a magnet for investment.

“I won’t mind paying extra to corporate, branded and reputed developers. It is not just a question of being brand conscious, but paying for trust and bridging the mismatch between promise and performance. I feel that the Noida market needs this kind of an image makeover. It will change the city, as the infrastructure in this part is among the best in India,” says Rajpurohit.

See also: Noida to get a 9,000 crore infrastructure boost

These market trends have also raised a pertinent question – will Noida be an aspirational market in the next few years, instead of an affordable destination? A spokesperson from RICS, points out that land is a prerequisite for development and markets that have the ability to expand, have higher growth potential. “In the Delhi-NCR region, Noida-Greater Noida has this potential and can cater to the different needs of buyers, as well as investors. Greater Noida, in particular, is an extremely well-planned city and is deemed fit to accommodate development over the long term,” adds the spokesperson.

Of late, several IT and power companies have set up their corporates offices in Noida. Such developments may enable Noida to emerge as one the biggest industrial suburbs in the country. Aided by the employment prospects in the area since 2014, Noida has witnessed some of the largest spurts of residential development in Delhi-NCR.

Moreover, compared to markets like Gurgaon, Noida remains affordable. With government authorities striving to address many of the regulatory hurdles, the market is likely to fare better and appreciate in value, over a period of time. These ground realities have not gone unnoticed by the corporate players, who have made their entry into the Noida market. This could ultimately make the property market more competitive and professional – something that the home buyers always wish for. 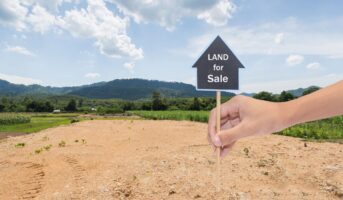 Will the Coronavirus pandemic force a return of deferred land payments in Noida?.