While dismissing the bail plea of one of the arrested directors of real estate firm AMR Infrastructure Limited, a special court said that “Any builder/developer who dupes by inducing, alluring, painting false pictures, selling and diverting the offers and then arm-twisting the investors, has to face tough legal consequences and the rights of common man cannot be compromised only because those in dominant positions have the best legal advice, vis-à-vis the common man who fights a lonely battle.”

It also said that the builders often lured investors into depositing the amount in cash, only to escape tax liabilities and once the investors fall into the trap to such a situation, they are then silenced through the fear of prosecution by tax authorities.

“Keeping in view the nature and seriousness of the offence involved, magnitude of the contravention, role attributed to the accused and the possibility that the release of the accused may cause obstacles to further investigations and also since the investigations are at the initial stages and the amount siphoned off is likely to rise further, no ground for bail is made out. The application (of director Ram Chander Soni) for grant of bail is hereby dismissed,” the special court judge Kamini Lau said.

According to the complainants, they were induced, in 2006, to invest in the project located in Greater Noida and the firm had also assured returns on the investments. The project in dispute included a mall and a residential area. Advocate Ajay Verma, appearing for accused, sought bail saying it was purely a civil dispute and he was willing to settle the issue and ensure that the entire project was delivered to the buyers.

However, the judge said that the fight of the individual investors against the ‘mighty builder’, was not an easy task and was very unnerving for the consumers and investors. “Merely because some of the investors had initiated insolvency proceedings or approached the civil courts or consumer forum, does not absolve the developer/builder of the criminal liability. Home buyers are now protected against unscrupulous builders, after the passing of the Real Estate (Regulation and Development) Act, 2016,” the court said.

It also said that food, clothing and shelter were the basic needs of humans and any deprivation by the use of unscrupulous means, is required to be dealt with by strong judicial interventions. Verma, who also represented the company, said that a small chunk of customers were trying to derail the entire project, adding that the firm had to protect the interests of the majority of investors. While denying bail to Soni, the court noted that being the director and the agent of the company, the accused had all the responsibility during his tenure in the company and all the activities, starting from floating of brochures till the receipt of money, were within his knowledge.

The investigating officer (IO), in a report, said that till 2008, there was no construction activity at the site and when the complainants confronted the company officials, they were informed that possession would be given by the end of 2010, but they have not got the possession so far. The report said that according to documents supplied by the firm, it had received investments of over Rs 540 crores from investors, on the pretext of setting up a mall and a valley, among others. The IO also said that till date, the police had received 200 complaints and fresh pleas of investors were pouring in against the company and its directors. The officer submitted that the company or the directors had not completed the project in 10 years and there was remote possibility of it happening in the near future. 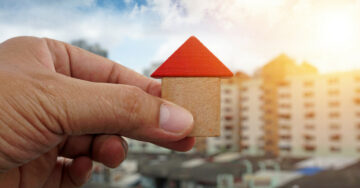 Noida and Greater Noida: What’s in store for the realty sector in these markets?.