The Central Public Works Department (CPWD) has endorsed an additional estimate of around Rs 231 crores of the Delhi Tourism and Transportation Development Corporation (DTTDC), to complete the construction of the Signature Bridge on the Yamuna, an official has said. The PWD had sought the CPWD’s expert opinion, after the DTTDC had submitted a revised estimate of Rs 1,575 crores.

Of the revised estimate, the Delhi government has released Rs 1,344 crores for the project that has witnessed cost escalation several times, since its construction started. The official, who is privy to information related to the project, said that out of the Rs 231 crores, the Delhi government’s PWD had already given Rs 36 crores to the DTTDC but it had not released the amount to the contractor, in view of the PWD seeking the CPWD’s ‘expert opinion’.

Last week, the Delhi High Court pulled up the PWD and the DTTDC for ‘quibbling over’ the amount to be paid for construction of the long overdue Signature Bridge. The court also gave them the last opportunity, to ensure that the project is completed without any increase in cost. The bridge, once completed, will share the burden of vehicular traffic, currently being borne by the Wazirabad Bridge, used to commute to and from Delhi and Ghaziabad. The bridge will connect the Outer Ring Road on the western bank with the Wazirabad Road on the eastern side of the Yamuna.

Announced in 2004, the project received a nod from the Delhi cabinet in 2007 and it was initially expected to be completed at a modified estimate of Rs 1,131 crores, before the Commonwealth Games, which were held in October, 2010. The bridge had obtained environmental clearance in 2011 and was set to be completed by December 2013. The date of completing the project was pushed to June 2016 and then to July 2017, which was further pushed to December 2017. 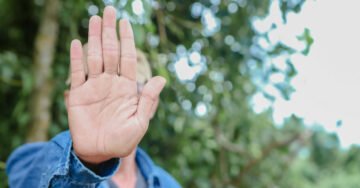 Delhi to see 15-20 per cent increase in water availability in two years: CM.