Home » Fun » Did You Know » Delhi in pictures: Then and now!

Some cities are born great. Some cities achieve greatness. And some cities have greatness thrust upon them. And then there’s Delhi. Delhi, which was born of legend and continued into greatness, basically becoming the capital city of every single major dynasty and empire that ever happened to India. Delhi has pedigree, history, class and then some more.

That’s a kind of greatness that isn’t really imaginable. Books have been written on the subject. Now we can’t write a book describing the City of Cities, but we can try and capture some of, if not all of, it’s greatness as best we can. So pull up a chair and relax and enjoy this trip through a photo history of this great city.

The story’s pretty obvious here. First there was an Old Delhi, where most of its magnificent history took place and there was New Delhi, where India’s seat of parliament is located. Or, if you like, its A Medieval Architectural Mish Mash Delhi and Lutyen’s Delhi. Old Delhi sprang up and grew organically and New Delhi was, well, planned and designed by Lutyen.

Old Delhi still is the metaphorical heart of the entity we call ‘Delhi’ today. In fact its highly likely that the name Delhi conjures up images of iconic monuments like the Jama Masjid and the Red Fort. Which were built in Old Delhi.

Built almost entirely of red sandstone, the fort was the very heart of Old Delhi when it was first built and in a certain sense, still is the heart of Delhi. Every year on Independence Day, the Prime Minister hoists the flag and delivers a nationally broadcast speech from the fort. The building also attracts thousands of tourists each year. Evidently, some buildings just won’t let themselves be forgotten.

India’s million rupee mosque took all of six years to carefully craft. The reason? Each stone had to be consecrated before it could be used for building.

The Moonlight Square, as it was known, was originally designed by Shahjahan’s favourite daughter, with the original shops built around the square in the shape of a half-moon. The original half moon is lost and most of the shops in the area have online websites, but Chandni Chowk is just as popular as ever.

Built of sandstone and marble, The Qutb Minar is India’s very own tilting tower. The edifice, once used as a watchtower, dates all the way back to 1193 and in that time, has been struck by lightning and been through at least two earthquakes. Not a building you want to mess with.

Also in the compound of the Qutb Minar stands the Iron Pillar, an iron curiosity dating back to the 4th century which (rumour has it) can give you good luck if you can get your arms around it while your back is to the pillar. Don’t, however, unless you really want to get arrested for trespassing. There’s a fence around it, put there by the government, to keep overexcited luck-seekers from getting sweat on the Iron Pillar and so erasing its inscriptions.

In 1800, a man lying wounded on the battlefield of Uniara swore to build a church as long as he survived. 36 years later, St. James’ Church, named after Col. James Skinner and built entirely at his expense, was consecrated and opened for use. Modelled after the churches of the Renaissance, St. James’ church is one of the oldest churches in Delhi.

Named, aptly, after the view it looks out to, the Kashmere Gate area used to be the fashionable and commercial heart of Delhi until 1931, the year New Delhi was built.

Unlike Old Delhi, the seeds of New Delhi lie not in misty myth, but very firmly in the ground – put there, in fact by none other than George V. So, not so new as the name would suggest. Designed by Sir Edward Lutyens and Sir Henry Baker, the city was inaugurated in 1931 and today is the fashionable and commercial centre of Delhi.

It’s something of a miracle that this building even exists today. Architects Lutyens and Baker quarrelled over the building plans several times – Baker playing the role of the people-pleasing pragmatist, and Lutyens essentially acting the part of the perfectionist.

To make matters worse, Viceroy Hardinge put a spoke in the wheel by demanding the impossible. He wanted his architects to build him an imposing building, while keeping the budget down to minimum.

Clearly, some kind of magic was involved, because miracle of miracles, the building actually turned out to be pretty majestic. Even with everything, its still the largest residential building for any Head of State.

Built in 1927, the Indian house of Parliament is shaped after the Ashoka Chakra with its perimeter fenced off by sandstone railings modelled after the Great Stupa of Sanchi.

India’s national monument was originally built as a tribute to King George V and the colonial powers. Today, however, it stands tall as a monument to all Indian soldiers killed during war.

Built in 1724, mistakenly identified as having been built in 1710 in the year 1910, the Jantar Mantar is a series of 13 architectural astronomy instruments. The accuracy of these tools is incredible, with one tool able to pinpoint the exact moment of noon in cities around the world long before the advent of Universal Time and Standard Time.

Modelled after the iconic Royal Crescent in the city of Bath, Connaught Place is one of the largest financial and commercial districts in Delhi. Unlike the Royal Crescent, however, Connaught Place consists of two completed concentric circles, its old buildings in the European Renaissance and Classical Style. Today, however, skyscrapers dominate the skyline at Connaught Place leaving little of its Georgian English charm behind.

So if you’re of a historical bent of mind – or simply love being able to take a stroll past old historical buildings – try searching for homes in Delhi near these places!

(With input from Sneha Sharon Mammen) 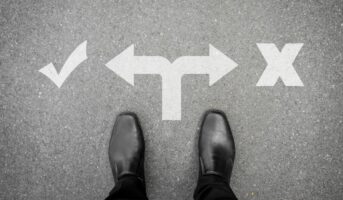 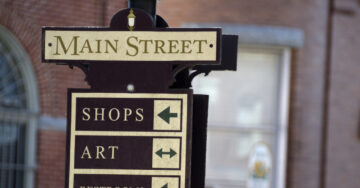 [fbcomments]
For any feedback, write to us at editor@housing.com.
https://seo.housing.com/api/v1/housing_news?tags=Chandni%20Chowk,Connaught%20Place,Delhi,India%20Gate,Jama%20Masjid,Jantar%20Mantar,Kashmere%20Gate,New%20Delhi,Old%20Delhi,Qutb%20Minar,Rashtrapati%20Bhavan,Red%20Fort,Sansad%20Bhavan,St%20James%E2%80%99%20Church,video