Delhi chief minister Arvind Kejriwal, on July 16, 2019, inaugurated the 2.85-km signal-free new RTR Flyover and said a few more such projects will come up in the national capital. The elevated corridor of Rao Tula Ram (RTR) Flyover, built at a cost of Rs 205 crores on the Outer Ring Road, will help decongest the area and prove a boon for people commuting towards the IGI airport, from south Delhi and Noida.

The three-lane elevated corridor is the first-of-its-kind in Delhi, built fully on portals to allow movement of traffic below the corridor, the Public Works Department (PWD) said, adding that the existing RTR Flyover will now be used for one-way traffic coming from the airport and going towards IIT-Delhi. A senior PWD official said, for slow speed of work, the contractor had been fined Rs 27.8 crores.

Asked if more projects were in the offing before the end of his government’s tenure, Kejriwal said, “Yes, a few more such projects will come up soon.” The chief minister said the RTR Flyover was the 23rd flyover to be built by his government, in the last four-and-a-half years. Kejriwal later also greeted the people of Delhi and tweeted, “Congratulations Delhiites. Overcoming all hurdles your govt finally succeeds in opening the RTR flyover from today. No more traffic jams on your way to the airport.”

The newly-built flyover branches out of Munirka Flyover and ends before the Army Research and Referral Hospital near Subroto Park, close to National Highway-8. The construction of this elevated corridor started in November 2014, prior to the formation of Kejriwal government, which came into being on February 14, 2015. It was to be completed by November 2016 but missed several deadlines. PWD officials attributed the delay to shifting of existing utilities, permission for cutting trees and other land-related issues.

Due to construction of this elevated corridor, five minutes of travel time will be reduced for both, to and fro traffic, from IIT-Delhi side to the airport, officials said. “Smooth and uninterrupted movement of traffic on this corridor will save 13,200 litres of diesel per day, which will lead to the reduction of at least 25.8 tonnes a day, in carbon dioxide emissions. Around 7.7 lakh man-days per year will also be saved, from operationalisation of this flyover,” the PWD said in a statement. “A total amount of Rs 75.74 crores per year will be saved and therefore, break-even will be achieved within 32 months,” the PWD said. LED street lights will save 35% electricity, a senior PWD officials said, adding, rainwater harvesting system with latest technique for stormwater, had been made a part of the project. 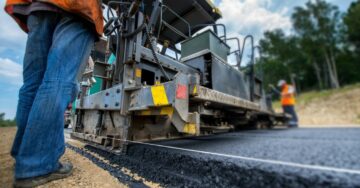 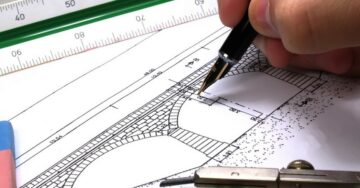 [fbcomments]
For any feedback, write to us at editor@housing.com.
https://seo.housing.com/api/v1/housing_news?tags=Delhi,IGI%20Airport,Munirka%20Flyover,National%20Highway%208,noida,Outer%20Ring%20Road,Public%20Works%20Department,PWD,Rao%20Tula%20Ram%20Flyover,RTR%20Flyover,south%20Delhi,Subroto%20Park