Farhan Akhtar is undoubtedly one of Bollywood’s most talented stars – he is an acclaimed director, producer, actor, lyricist, poet, singer-musician and the list goes on. He has gone places after his impactful debut directorial film, Dil Chahta Hai. He also produced Don 2 while having directed it and also wrote the poetic ballads and acted in Zindagi Na Milegi Dobara, another one of his hit films. With several concerts under his name, he is also one of the founders of Excel Entertainment, a leading production house. Farhan Akhtar resides in Bandra, one of Mumbai’s most posh suburbs, in a palatial bungalow with Tyson and Jim – his canine best friends and his partner, Shibani Dandekar. Given that Farhan Akhtar net worth is Rs 144 crores, it is but natural that his house will be in a prime location.

See also: A look at Aamir Khan’s house in Mumbai

Vipassana – Farhan Akhtar’s bungalow was reportedly purchased in 2009 for Rs 35 crores and covers a massive 10,000 sq ft in Bandra. The net worth of this home may be anywhere around Rs 40 crores – Rs 50 crores today, considering the skyrocketing property prices in Bandra near Bandstand. Farhan Akhtar house address is a highly coveted one and inside tours of the interiors, showcase an alluring design. Farhan Akhtar house design is contemporary and yet, classic.

Some key aspects of Farhan Akhtar’s home include:

Farhan Akhtar is a well-travelled personality and his home showcases his fabulous collection of items and souvenirs picked up during his trips, along with gifts received from friends and family. Several family portraits, curios and of course, music and movie-based memorabilia, add a whole new dimension to the space altogether.

There are several collectibles decorating the living room walls, while the theme is similar in his office space, where his numerous awards are nicely showcased.

The key feature is the customised coffee table crafted from older albums, including some of his favourites such as Dark Side of the Moon by Pink Floyd and Rock On!, which was his own film along with Imagine by John Lennon. There is a gallery wall with several black and white pictures that lend more drama to the home, while there are multiple framed paintings. The huge red rug in the living room also adds a burst of colour to his home.

Check out properties for sale in Bandra

Farhan Akhtar is presently basking in the success of his latest film, ‘Toofan’ which released on July 16, 2021, on Amazon Prime Video. It is reported that Shah Rukh Khan too watched the movie and loved it. In fact, King Khan has tweeted his own review of Toofan, tagging the cast of the film in the same. He wrote on Twitter: “Wish my friends @FarOutAkhtar @RakeyshOmMehra the best for their labour of love. I had the privilege to see it a few days back. Extremely fine performances by @SirPareshRawal (wow!) @mohanagashe @mrunal0801 @hussainthelal.” He also signed off on a positive note by stating that the industry should attempt to make more movies such as Toofan. Responding to the post by Shah Rukh Khan, an elated Farhan Akhtar replied to the tweet, stating ‘Thank you so much @iamsrk .. big hug‘.

In other news, Bollywood star Farhan Akhtar, shared his social media post introducing the Toofan team that trained him for the movie. Farhan shared a photograph from the sets of the movie, where he is standing with team members Drew Neal, Darrell Foster, Anand Kumar and Samir Jaura. The photograph has already obtained in excess of 95,000 likes and Farhan Akhtar has displayed his chiseled boxer’s physique. Toofan has been produced by Ritesh Sidhwani of Excel Entertainment, Farhan himself and Rakeysh Omprakash Mehtra (ROMP Pictures).

The movie is presently being streamed on Amazon Prime Video in India, throughout 240 countries and regions. It is Farhan Akhtar’s second collaboration with his director Rakeysh Omprakash Mehra, who helmed the superhit biopic Bhaag Milkha Bhaag, based on the life and journey of the late Indian super athlete Milkha Singh. Toofan also has a strong supporting cast comprising of Supriya Pathak, Mohan Agashe, Hussain Dalal and Darshan Kumar. Farhan Akhtar plays a national-level boxer in the movie which has been extensively shot throughout Mumbai, covering locations like the slums in Dongri and even the iconic Gateway of India.

In other developments, Farhan Akhtar was present at the residence of his business partner Ritesh Sidhwani for a special dinner party, to mark the completion of 10 years of the iconic movie Zindagi Na Milegi Dobara. The movie starring Farhan Akhtar, Katrina Kaif, Abhay Deol, Kalki Koechlin and Hrithik Roshan, was a smash hit in Bollywood. The movie directed by Zoya Akhtar is still one of the most popular and acclaimed Bollywood road trip movies.

ZNMD producer Ritesh Sidhwani hosted this exclusive dinner party at his residence on July 17, 2021, night where Farhan Akhtar arrived with his girlfriend, Shibani Dandekar while other guests included director Zoya Akhtar and stars Hrithik Roshan and Katrina Kaif stepped out to party on a rainy day in Mumbai, sporting casual and cool outfits.

Where is Farhan Akhtar’s house located?

Farhan Akhtar’s bungalow is located along Bandra Bandstand in Mumbai.

How much space does Farhan Akhtar’s home cover?

What is the name of Farhan Akhtar’s home?

How much does Farhan Akhtar house cost?

The cost of Farhan Akhtar’s house was reportedly around Rs 35 crores, back in the year 2009. The current worth of the property may touch anywhere around Rs 40-50 crores.

What is Farhan Akhtar net worth?

Farhan Akhtar is reportedly worth Rs 144 crores, as of 2019, with an annual income hovering upwards of Rs 22 crores, as per reports.

Salman Khan house: Everything you want to know. 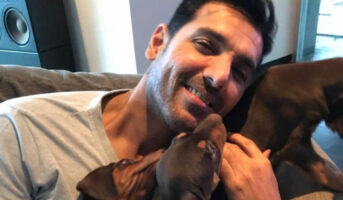 Alia Bhatt House: Inside the plush home of the actress in Mumbai. 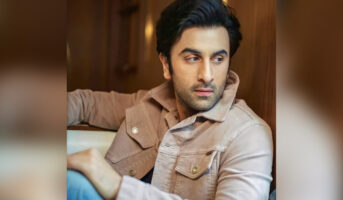 Ranbir Kapoor house: All about the actor’s ‘Vastu’ apartment in Pali Hill.