Home » Current News » Flyover to be constructed at Manesar, to decongest NH 48

The National Highways Authority of India (NHAI) has said that it is in the final stage of preparing a detailed project report (DPR), for constructing a flyover at Manesar.

According to a senior official of the NHAI, the cost of the project is expected to be Rs 100 crores and its construction will be completed in a time frame of 15 months.

The proposed elevated flyover will start 300 metres after IMT Manesar Chowk flyover and will go all the way till NSG Manesar camp, bypassing the congested Manesar market. It will give commuters, local villagers and city residents a hassle-free travel experience. “The geographical location of the place is such that it has busy markets, situated on the either side of the NH 48. As a result, people frequently cross the road, leading to either traffic jams or accidents,” a NHAI officer said.

IMT Manesar is known for industries and a large number of heavy vehicles ply everyday on this road, with traffic jams being common during peak hours. The official pointed out that Manesar is a major hurdle in the Gurugram district, which is preventing NH 48 from becoming signal-free. Member of parliament from Gurugram and central minister Rao Inderjeet Singh, had written a letter to the NHAI for this project. 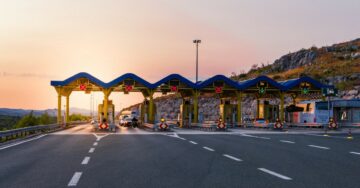 [fbcomments]
For any feedback, write to us at editor@housing.com.
https://seo.housing.com/api/v1/housing_news?tags=Flyover,Gurugram,IMT%20Manesar%20Chowk,Manesar,National%20Highways%20Authority%20of%20India,NH-48,NHAI,NSG%20Manesar