Gurugram Metropolitan Development Authority’s Chief Executive Officer V Umashankar said all the government buildings in Gurgaon city will be equipped with a public Wi-Fi system within the next six to nine months. Apart from this, a mobile app has also been developed for the ICCC by bringing the entire citizen services on one platform so that the public can access these easily.

He also said with the installation of cameras, the vehicles’ speed, their registration number plate, colour besides the two-wheeler drivers without a helmet can be identified at the ICCC itself. Apprising Khattar of various other features of the ICCC, the GMDA chief said the city’s smart street light facility too can be controlled from this Centre.

Apart from this, the monitoring of vehicles engaged in solid waste management too will be done from this centre, adding drinking water supply meters too have been integrated with it. Meanwhile, in a high-level meeting held at Gurgaon, it was decided that old diesel auto-rickshaws running in the city would go off the roads in a phased manner. In the meeting, which was chaired by Khattar, discussions were also held to explore the possibilities of e-rickshaws and CNG-powered autos replacing the old diesel auto-rickshaws, the official statement said.

Gurugram to be considered for Smart City Mission

Update on Feb 3, 2018: Responding to a specific request by Haryana chief minister Manohar Lal Khattar that Gurugram be included in the Smart City Mission, union minister of state for housing and urban affairs Hardeep Singh Puri, said an apex body would be constituted to look into the matter.

The Haryana government had requested for the centre’s technical assistance, to include Gurugram in the Smart City Mission, while saying that financial implications for the same would be taken care of by it, an official release said. The chief minister put forward the request, while speaking at a review meeting of various flagship missions of the Union Ministry of Housing and Urban Affairs, held under the chairmanship of Puri, on February 3, 2018, it added. These flagship missions include AMRUT, Smart City Mission, Swachh Bharat Mission and Pradhan Mantri Awas Yojana.

Speaking at the meeting, Haryana’s urban local bodies minister Kavita Jain said a survey was conducted in all 80 cities of the state under the Shehri Awas Yojana, and 3.23 lakh applications were received by the government. As many as 93 slums were selected in 20 towns, to be covered under the in-situ slum rehabilitation. The State-Level Sanctioning-Cum-Monitoring Committee (SLSMC) had given its approval to 65 towns, under the Housing for All Scheme and proposals for 56 towns were sent to the central government for approval, Jain said.

A Detailed Project Report (DPR) for 77,511 beneficiaries in 66 towns, were approved by the SLSMC, she added. Urban Local Bodies Department‘s principal secretary Anand Mohan Sharan, said while the centre had approved DPRs on 28 cities, submission of DPRs on 38 cities was underway. Apart from this, DPRs on 14 cities would be submitted by February 28, 2018, he added. Sharan said street lights in 80 cities were being replaced with LED lights. The work of replacing street lights with LEDs had started in Gurugram and would be completed in other cities by February 15, 2018, he added. 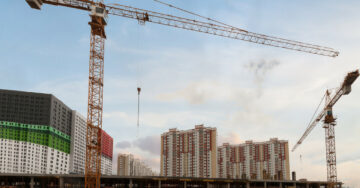